Online dating can be very scary and even tiring to some who genuinely want to find meaningful connections. So how exactly do other dating apps compete with the popular “hot-or-not” user interface? Coffee Meets Bagel’s new interface emphasizes user profiles by further distancing themselves from this highly saturated interface design.

What is Coffee Meets Bagel? Coffee Meets Bagel (CMB) is a meaningful dating app for people sick of swiping. It’s all about helping you go on better dates with quality relationship-seekers because the site believes in quality over quantity. Unlike other dating apps, their smart algorithm curates match based on your preferences, so you can spend more time going on real dates with matches who matter.

Coffee Meets Bagel is a San Francisco-based dating app launched in 2012. The app has led to over 50 million matches since its launch. And its interface design, unlike popular apps like Tinder, focuses on quality over quantity in connecting users. And it gives users the option to “heart” or comment on the profile. Coffee Meets Bagel is free for a basic subscription but with limited features. And its paid membership pricing starts as low as $20 (roughly 1000php) per month.

Coffee Meets Bagel is great for:

And the site may not be great for:

Read also: Pride Month: Here’s All You Need to Know About The LGBTQ+ Celebration You can register your Coffee Meets Bagel account with your phone number or with your Facebook page. We will give you a breakdown of the steps for both ways just in case you need them!

Signing Up With Your Phone

Read also: How To Flirt: 20 Must-Follow Tips To Master The Art Of Flirting

Why You Should Try Coffee Meets Bagel

This app is great for those who are tired of endless swiping and who genuinely want long-term relationships. But beyond that, there are tons of advantages to CMB, and those are:

1The interface is highly smooth and makes you more intentional in your account. While the app has fewer features than some other options and is slightly more expensive (for those who want a paid membership), we are impressed that they seem to have whittled down the dating app experience into something more easily consumed. They only use the features they think are necessary and make them simple to understand. The crowd at Coffee Meets Bagel is pretty great. The app implemented a new model for catching fake accounts and spammers in 2018. Since they have expanded on that model to add features and increase employees, they have to fight this issue. Now, their mods hand check photos, personally look into reported accounts and suspicious activity, and do a great job keeping negative people and things off the app. Coffee Meets Bagel is a breath of fresh air when it comes to dating apps. The approach feels casual and simple, but a matching algorithm helps singles find a little more depth in their dating journey. Plus, most features can be accessed through a free membership, which is just the cream cheese atop this Bagel! The suggested feature is the bread and butter of Coffee Meets Bagel. This is where you will see your daily set of suggested matches. You can peruse their profiles and decide whether you like them or would rather pass.

You will get up to five of these suggested matches at a time and can rest assured that they were selected specifically for you. All users, free or paid, get access to these matches. And in Coffee Meets Bagel, you will only receive messages from profiles you’ve liked, so your inbox doesn’t become a pit of unwelcome photos and cheesy pickup lines.

5It has a discover feature if you don’t like your suggested matches. If the suggested matches aren’t doing it for you or you want to see what else is there, you can check out the Discover section. Here, you will see other singles in your area that didn’t match with your personality and needs but were pretty close — runners up if you will. It is free to look through the Discover page, but you need to spend beans like any. This is the in-app currency for Coffee Meets Bagel.

6It has activity reports to show you the activity of your matches. Though this feature is only available for premium members of Coffee Meets Bagel, it still deserves a lot of praise. These reports go beyond showing you who liked you back or who may interest you and shows you in-depth details about the activity of your matches. Do they message first? Are they quick to reply? Get a glimpse into their behavior and intentions before getting in too deep!

7It has good customer support! Coffee Meets Bagel has a large group of mods to help out with reports and other general issues, but they aren’t as accessible for direct contact as we’d like. You can submit a request through the app’s help page, but there is no live chat or phone number for those needing immediate help. We have to admit; though, their help page is one of the easiest to navigate and understand of any dating app we’ve reviewed.

8The CMB interface lets you showcase your personality more. Fortunately, once you dive deep into Coffee Meets Bagel’s digital dating pool, you’ll find more ways to showcase your personality. Along with entering photos and personal details, you can fill out prompts that add profile flair. What terrifies you? What’s the strongest opinion you hold? What never fails to make you laugh? These are the kinds of details a potential couple could share to see. It’s nice to limit your time on a dating app to just a few minutes per day, rather than let it become a sad, all-consuming obsession. This feature makes you more mindful at each person showcased to you and encourages communication between users rather than just lurking on different profiles. Coffee Meets Bagel also sells a premium subscription. Subscribers save money when they buy Beans, and get access to expected, but still appreciated, premium features. See everyone who likes you. Send more likes per month. Boost your profile’s visibility. Send your message right to the top of the inbox. Turn on read receipts. Learn even more about your matches with activity reports. Subscriptions cost $35 for one month, $75 for three months, and $120 for six months, which are standard prices for the category.

Some Downsides of Coffee Meets Bagel

While there are major pros to this site, there are some downsides to it as well:

1You only get five matches per day. Because of its “anti-doom swiping” interface, this can make the process feel a little slow. If you’re into getting as many profiles as you can, this can be a turn-off. But this also makes your search meaningful because this system forces you to look thoroughly in each profile suggested to you.

2The gender split isn’t even on this site. There aren’t as many male users in Coffee Meets Bagel, with around 60% of users identifying as female. There may be some who would not be pleased with this. If so, you may want to try other sites if looking for male singles.

3It’s quite pricey if you want a full user experience. The site is free for a basic subscription. Though if you’re on a tight budget, this may not be the site for you if you want to have a full experience of its features. But we promise that the pay is worth it if you are looking for genuine connections on the site. 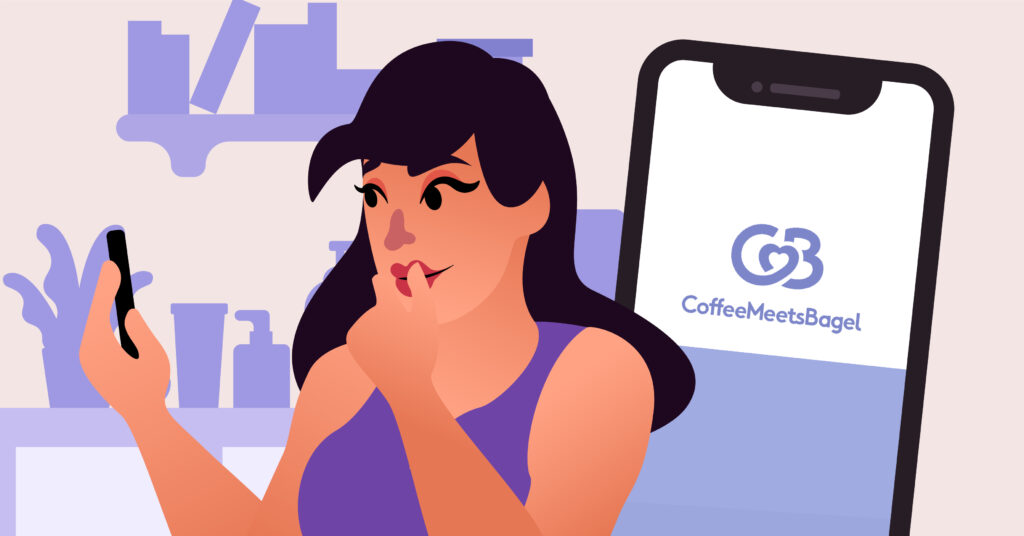 Now that you’ve read all the details about Coffee Meets Bagel, we understand that there are more questions that you would want to cover before registering in the app. So we’ve collated some common questions and answering them below:

1Is it worthwhile to get a premium membership?

Coffee Meets Bagel is free for a basic subscription. However, you won’t fully use this dating app’s features unless you pay for a premium account.

2Is the site good for finding long-term relationships?

Yes! Focusing on user connection, Coffee Meets Bagel is a great place to meet partners seeking commitment and long-term romance. CMB is a good place to start if you’re looking for a quality relationship and aren’t in any particular hurry to find it.

Read also: Facebook Dating is available in the Philippines and here's how to set it up

3What if I’m looking for a hook-up?

Coffee Meets Bagel is not the best app to try if you’re looking for a quick hook-up, as it’s more popular with singles seeking a long-term relationship. If you are looking for a fling or something less serious, you might prefer a swipe-style app like Tinder.

Read also: How to Be a Good Kisser: 15 Heart-Stopping Kissing Tips and Tricks

4How can I buy beans on the app?

Beans can be purchased in the app’s “Bean Shop.” You can buy a set of 100 beans for as little as $1.99. If you buy Beans frequently, you may save some money by signing up for a monthly membership.

It has had issues in the recent past with leaking personal data from theirs and connected apps. For that reason, we always recommend not connecting your dating app to your social media. However, there are thousands of singles who do and have not had their data compromised. Ultimately, it is up to personal preference.

Coffee Meets Bagel is a great app for those looking for meaningful, quality dates and who don’t have a ton of time to invest in meeting people online. But if you want to meet someone sooner rather than later, you probably won’t want to put all your eggs into the Coffee Meets Bagel basket.

Share this article to a single friend who’s looking, and why not try Coffee Meets Bagel out too? Click here for more articles like this one!

Updating…
Gift wrap
Wrap as a present (+ P65). We will package each of your products individually. You can select that option when checkout.
Total : ₱3,270.00

Coupon code applied successfully : Free for every purchase of selected SVAKOM products
Congratulations! you got a free gift!
View cart “SVAKOM Cici Slim G-Spot V...” has been added to your cart.
Log in
Register
Lost Password?