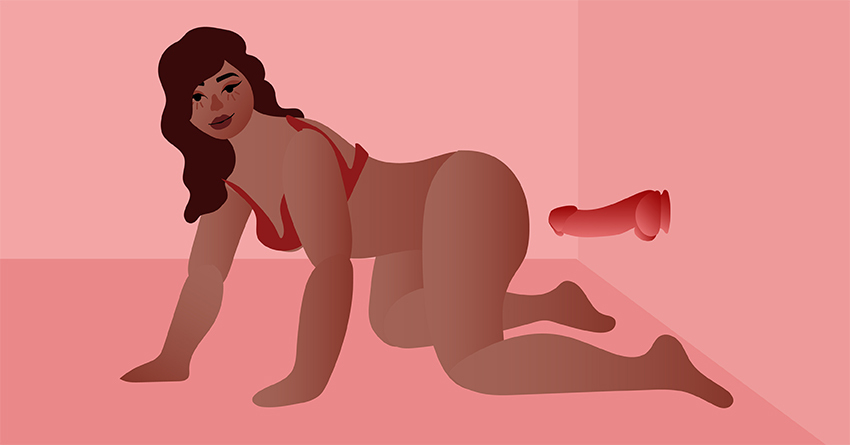 Another convenient position on this list, the Wildin & Grindin is similar to the Queening position. The only difference is that you will be on all fours on this position, using your arms as support when you start thrusting in and out of the toy. 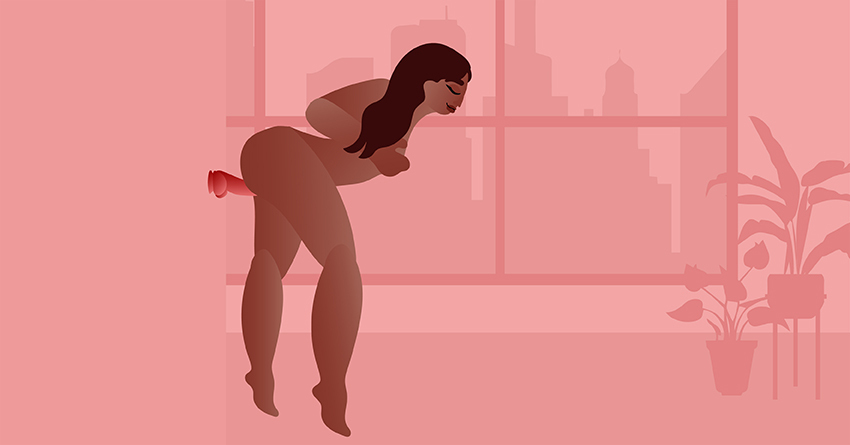 It’s like the Chair Ride position, only with a slight twist. For this position, we suggest using a chair or stool that’s made from strong types of steel and wood. There’s gonna be a lot of bouncing and grinding with this position, so you need to make sure that the chair you’re using can handle those wild movements. This might be a complicated position for some, but once you get used to it, you’ll surely have an enjoyable ride with this one. Also, don’t forget to find the right balance and force when doing this position. We also suggest warming up your muscles by stretching it up—this will prevent you from having cramps during the deed. Don’t forget to use lube! Setting the mood and warming up your body is a must. Don’t just go straight to thrusting. Your body needs to be ready before putting anything inside of it.

Ensure that you’re getting enough support. Have fun with your hands! Spice it up with other sex toys. You’ve learned the basics. You’ve learned the positions. You also learned some additional tips. By this time, we’re pretty confident that we can successfully use this mighty toy. But if you’re still having some difficulty, don’t you worry. We answered some of your frequently asked questions below.

First things first, calm down. You might end up damaging the toy and the surface if you forcefully rip it out. Now, use your nails, credit card, folder, or ruler to slip in under the rubbery edge of the suction base. Once it’s inside the edge, gently lift it to allow air in. Once the air is in, it will automatically release your toy.