Most people believe that a person’s sex and gender identity are the same. That’s why when transgender people claim that their assigned sex isn’t true to who they are, most people disregard it.

However, the statement “sex and gender identity are the same” is false. A person’s sex is based on biology– chromosomes, anatomy, and hormones. On the other hand, a person’s gender identity/expression is within– the inner sense of being a man, woman, or both.

So if someone wants to express themselves in a way that’s different from their biological sex, let them be. It’s also best to open your mind and understand what it means to be transgender.

In line with the International Transgender Day of Visibility, we will discuss what it means to be transgender. We will also talk about the misconceptions and challenges within the community. Not only that, we’re also going to share various ways on how you can be a better trans ally.

What Does Transgender Mean? Transgender is a term for people with a gender identity different from the sex they were assigned at birth. It’s also an umbrella term, as this word may also describe people who are not exclusively masculine or feminine. This includes genderqueer or non-binary (bigender, pangender, agender, or genderfluid).

Sometimes, people use other terms related to transgender, such as trans male/trans female or trans. Now, it’s best to use the preferred language and labels of the person. If you’re unsure about how to refer a transgender person, politely asking them is the key.

Misconceptions About Being Transgender

Many people have assumptions about transgender people. Some say that it’s a mental illness or that trans people are just confused. Some people also think that being trans equates to being gay. However, these claims are nothing but misconceptions. Learn more about these myths below.

1“Transgenderism is a new phenomenon.” One of the common misconceptions about transgenderism is that it only emerged in the current era, that the birth of social media started it. This statement is nothing but a false claim.

Being transgender isn’t some trend that has popped up in a certain era; it’s an internal sense of self. Also, there is plenty of evidence of trans history going back thousands of years ago. Though most of it is either hidden or lost, a few of those pieces of evidence are still archived online.

The main reason why transgenderism has become more prevalent is due to the increasing awareness of gender diversity. More people also have a better grasp of being trans outside of the gender binary. This leads to more people coming out as trans. As the current generation becomes more accepting, we’re at the point that even celebrities can freely come out as transgender.

2“You can only identify yourself as a transgender person at a certain age.” Another common misconception about being transgender is that you can’t identify yourself as one if you’re “too young” or “too old.”

If you’re a teenager/young adult and decided to transition, most people would tell you that it’s just a phase or related to teenage angst. If you’re already in your 40s, people would then say that you’re just going through a midlife crisis or that you’re confused.

The thing is, everyone’s trans journey is different. There’s no right age to identify yourself as a transgender person. Some people just happened to discover their true gender expression in their teens, while others found their true selves in their 50s. Another assumption that people have with trans people is that they’re just mentally ill. Now, this is nothing but a misconception– it’s even backed up by major medical associations, such as the World Health Organization.

Some transgender people may experience “gender dysphoria,” a state of psychological distress caused by incongruence between one’s biological sex and one’s gender identity. This condition can result in severe mental health issues, such as anxiety, depression, and suicidal ideation. As for the treatment, medical experts say that transitioning is the main treatment for this.

This only shows that living as a transgender person isn’t a mental illness; it’s actually a solution to people having gender dysphoria. Also, not all trans people automatically deal with severe dysphoria. It’s barely present to some trans people, while others have difficulty dealing with it.

4“All trans people are gay.” Another common misconception about being transgender is that trans people are gay. This means that if a person is assigned male at birth and has decided to be a trans woman, people expect that person to only be attracted to men.

This is a false claim, as one’s gender identity isn’t linked to sexual orientation.

Sexual orientation is an inherent emotional, romantic, or sexual attraction to other people. On the other hand, gender identity is one’s innermost concept of self– something that can be the same or different from their sex assigned at birth. This means if a male person transitioned into a trans woman, they could still be straight, gay, bisexual, asexual, to any non-traditional gender.

So if you’ll end up being friends with transgender people, please never assume their sexual orientation. It’s best if you’ll politely ask or simply wait for them to share their preferences.

5“You can only ‘transition’ through medical surgery.” There are tons of misconceptions surrounding transitioning, one of which is that surgery is the only way to transition.

As we’ve mentioned earlier, every person’s trans journey is different. Some trans people don’t focus on gender-affirming surgeries due to health, financial, and psychological reasons. This doesn’t mean that they’re not transgender because they didn’t go under the knife.

Also, take note that transitioning isn’t like some magical makeover that can be done with one surgery. It’s a long and complicated process that involves more than medical procedures.

Read also: 10 LGBT Movies and TV Shows You Should Stream This Pride Month

Challenges Among the Transgender Community

Along with the misconceptions, there are also tons of issues that trans people face daily. Here are some of the major challenges that are happening in the trans community. 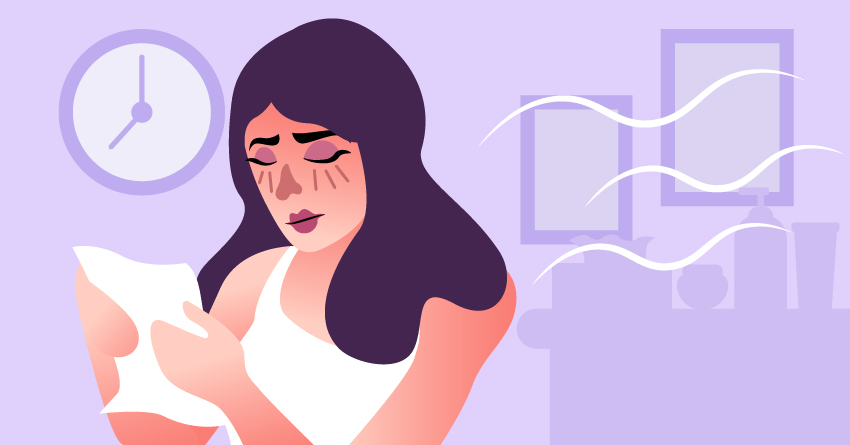 One of the biggest challenges that transgender people face is the lack of legal protection. In the Philippines, there still isn’t a national law prohibiting discrimination based on sexual orientation or gender identity. Why? Because conservative congress members hinder its process.

Despite getting some of the LGUs on board, LGBTQ+ advocates are still fighting to have a national anti-discrimination law in the future. 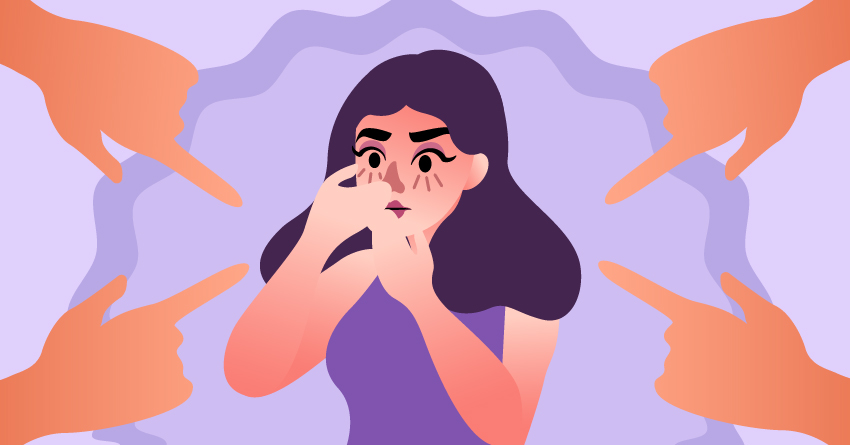 Related to the previous point, another major issue that transgender people face is the discrimination and harassment they get just because of their gender identity. They have been ridiculed in the media, being prohibited (and even harassed) to use public bathrooms, and not getting hired just because they “look different.”

Some people also ignorantly perceive the trans community as tricking other people. One notable example of this is Blakjak’s Modelong Charing, a Filipino novelty song about a trans woman pretending to be a biological woman for her Japanese lover, implying trans people trick their lovers. 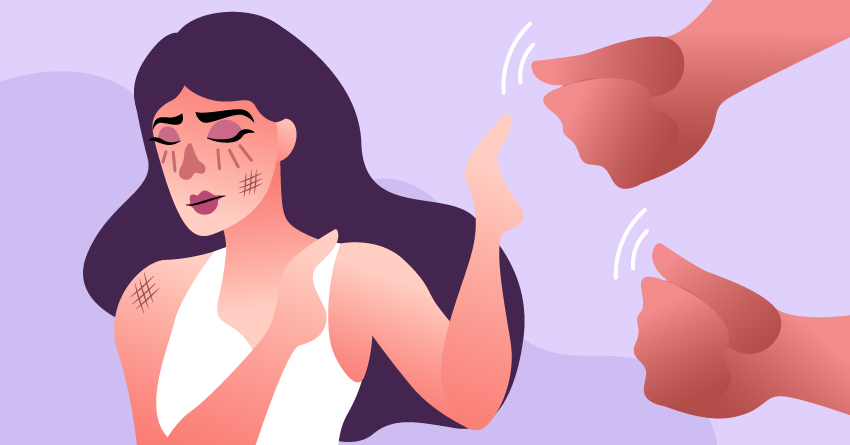 This is the biggest issue that trans people face. Because of the dangerous notion that “trans people are tricking other people by pretending to be the opposite sex,” some sick individuals think it’s okay to hurt trans people.

This has led to countless murder cases of trans people, including the heartbreaking case of Jennifer Laude, a 26-year-old Filipina trans woman. As per reports, she was murdered by Joseph Scott Pemberton, a 19-year-old Lance Corporal in the United States Marine Corps. He admits to assaulting the victim because he found out that she is a trans woman. However, he was granted an “absolute pardon,” basically giving him a free pass to the crime that he had done.

This is why a national anti-discrimination law needs to be implemented. As long as there’s no concrete law that can punish people for harassing, discriminating, and hurting trans people, the community will continue to suffer.

How to Be a Better Ally for Transgender People As you’ve read the misconceptions and challenges among the trans community, you’ve probably had a clear grasp of what it means to be a transgender person.

Being transgender isn’t just about changing your looks, preferred pronouns, and partaking in gender-affirming surgeries. Being trans also includes dealing with the relentless discrimination and harassment from other people.

With that, we hope that at this point on the guide, you’ve opened your mind and decided to accept people for wanting to be their true selves. Here’s how you can be a better ally and support trans people.

Read also: 15 Best Quotes from RuPaul Drag Race to Empower Your Fab Self!

Being transgender in the current era isn’t as difficult as before, but we’re still not close to breaking its stigma. As more online channels are sharing info in regards to trangenderism, we hope that there’ll be fewer challenges that trans people have to face in the future.

Let’s help make the world safe for people to express their true selves. In line with the International Transgender Day of Visibility, please show your support by sharing this guide. Please also help organizations that are supporting trans people, such as LoveYourself, Lakanbini, and the Association of Transgender People in the Philippines (ATP).