We can all agree that sex is fun, and reaching the big O is one of the reasons why we keep coming back for it. But you haven’t heard the best part of it yet. Other than just for pleasure, there are other benefits of sex, a healthier immune system and sharper brain functions just among them. It may not be the elixir of life you’re looking for, but it’s pretty close.

So if you want to take advantage of these benefits, all you gotta do is rub uglies with your partner more often. But if you can’t be bothered to do it with someone because you’re a completely self-sufficient gal who doesn’t need a partner to achieve orgasm, then no worries, that does the trick too. Having a partner is totally up to you.

Most of the health perks of sex have to do with orgasm. And for as long as you’re getting that O, whether you’re doing the deed as a couple or having a fantastic time with your sex toy by yourself, you’re still reaping off all the good mojo out of sex.

Here’re 15 benefits of sex you can look forward to next time you want to get the sexy on. 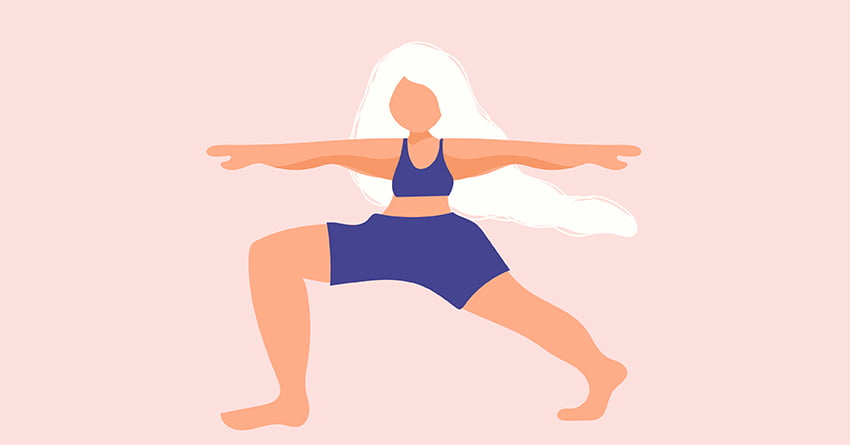 That’s right, fellas. Sex can boost your immune system. I’d hate to go all sciencey on you but here’s the break down on that. According to a study, people who were in romantic relationships and were having sex one to two times a week had more immunoglobulin A (IgA) in their saliva, while people who had sex less than once a week had significantly lower immunoglobulin A (IgA). But what’s immunoglobulin anyway and why does it matter? (Ahem, let me just put my nerdy glasses on before I get to that part) Immunoglobulin is an antibody and your first line of defense against HPV. In a nutshell, it’s responsible for protecting and preventing you from getting sick. The higher number you have of it, the higher the protection you have from illnesses. 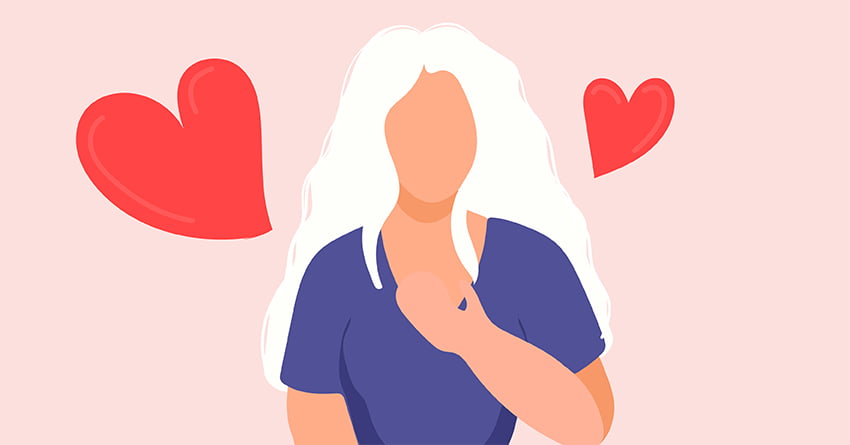 While we can’t guarantee you’re going to be saved from heartbreaks, science can, however, vouch that getting a healthy heart is one of the health benefits of sex. Your heartbeat is raised when you’re aroused and in between the sheets and continues to increase till it reaches its peak during orgasm. This goes especially to all the men out there. A research by the American Journal of Cardiology in 2015 revealed that men who had sex twice or more weekly had a lesser risk of cardiovascular diseases than those who had sex once a month or even less. Thank you, science, for giving men more reasons to seek out sex. 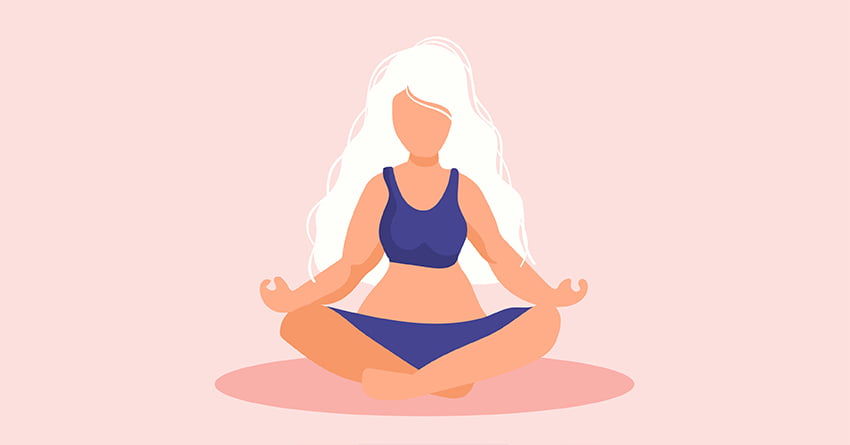 Had a bad day in the office? Maybe all you need is a good humping or some private time with your vibrator to cheer you up. Your brain releases the feel-good neurotransmitters—endorphins and serotonin—during sex. It’s like getting a shot of opiate but in a more natural and definitely healthier way. Research even showed that people who had penetrative sex before engaging in public speaking had lower stress-related blood pressure compared to those who had masturbated or non-coital sex. And the ones who abstained from sex had the highest stress triggered blood pressure. Next time you need to deliver a report for class or for work and you’re getting stage fright, you know what to do.

4It keeps you fit—skip the gym 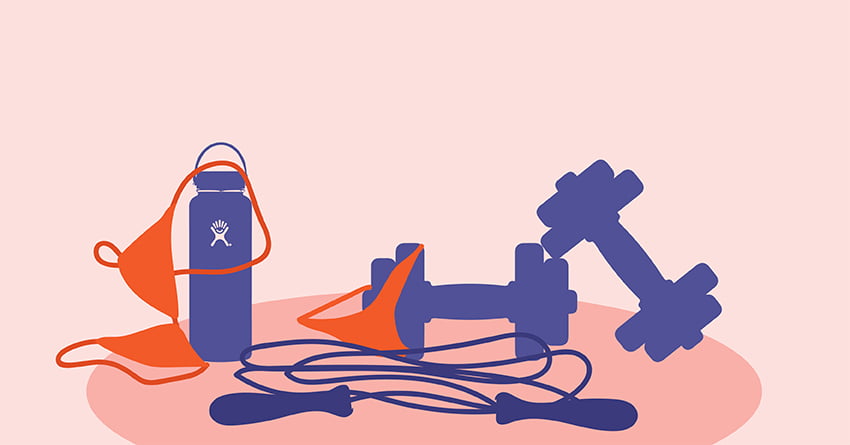 You can actually get a good work out without having to leave your bed. If you’re a guy, you can burn around 4 calories per minute during sex, and if you’re a woman, you burn 3. If you want to skip the gym, you can always trade your treadmill for a 30-minute hanky-panky session in the bedroom. A quick romping definitely beats having to jog on a seemingly endless plank.

The secret to a happy life may be related to the quality of sex you’re getting. Researchers from China conducted a study to examine the relationship between sexual activities and happiness with 3800 adult participants. They found that couples who have more sex and better quality sex, and were provided with emotional and physical satisfaction by their primary partners, were found to be happier.

6Got a headache? Sex it up 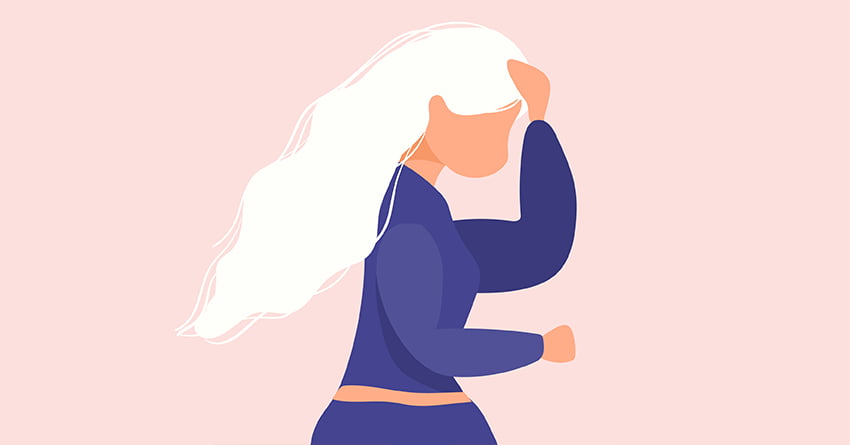 Don’t make headaches an excuse not to have sex. Because it’s only more reason to do it. Just among the benefits of sex is that it may actually make your migraines disappear. We’ve already mentioned sex triggers the brain to release a bunch of neurotransmitters—endorphins being one of them. These feel-good hormones do not only give you an overall positive feeling, but it also helps reduce pain—headaches, and migraines including. When you reach your orgasm, there’s a surge of blood flow to the head that keeps those pesky headaches away. 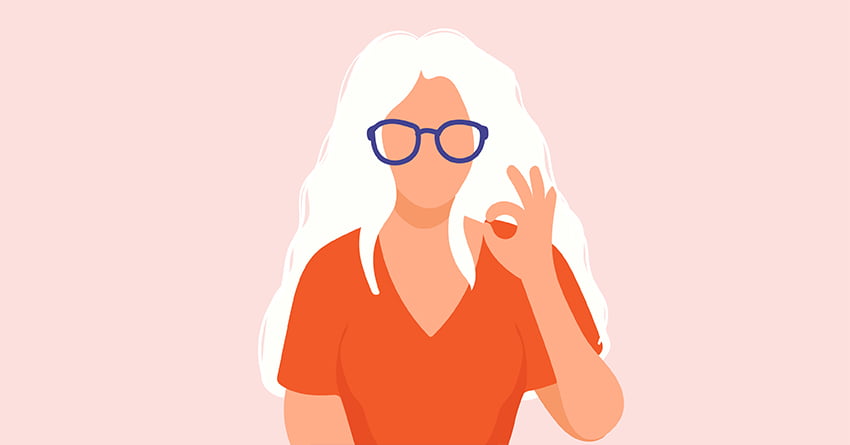 Want to keep your mental prowess sharp? More sex may be the key to that. In a study, researchers found that people who had sex at least once a week gained higher scores on the cognitive functions exams than those who had sex less frequently. They believe this may be because of dopamine released every time during sex. This neurotransmitter has been linked with different brain functions such as better memory and executive function. A smart brain definitely makes for a sexy brain.

8Keeps your blood pressure in check 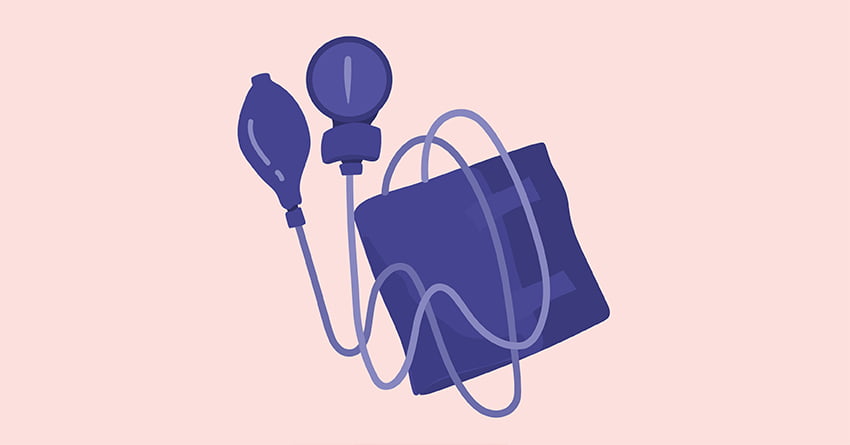 As we get older, keeping our blood pressure in check gets harder by the minute. Certain lifestyle factors have to be adjusted—cutting out the junk food, saying no to excessive alcoholic drinking, and quitting smoking—to make sure we don’t stray from the healthy path. Luckily, aging women don’t have to hold back on their sex life. Studies have shown that one of the benefits of sex for women who are in later years of their lives is that it helps reduce the risk of high blood pressure. That’s one lifestyle change we sure don’t mind following. 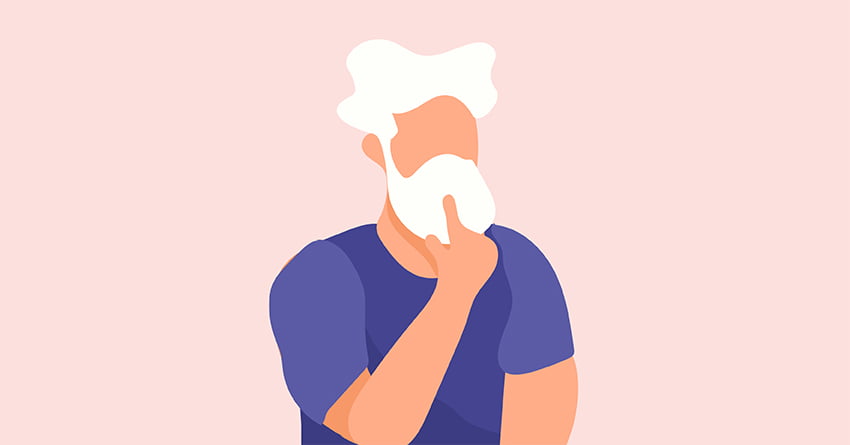 The risks for prostate cancer, one of the most common cancers among men, may be lowered by frequent ejaculation. Researchers suspect that this is because frequent ejaculation may allow the prostate gland to clear out the carcinogens. Basically, what they’re suggesting is that the more you shoot off your load, the lower the chances of developing prostate cancer. As far as cancer prevention goes, this is one of those ways men can be keen on doing. 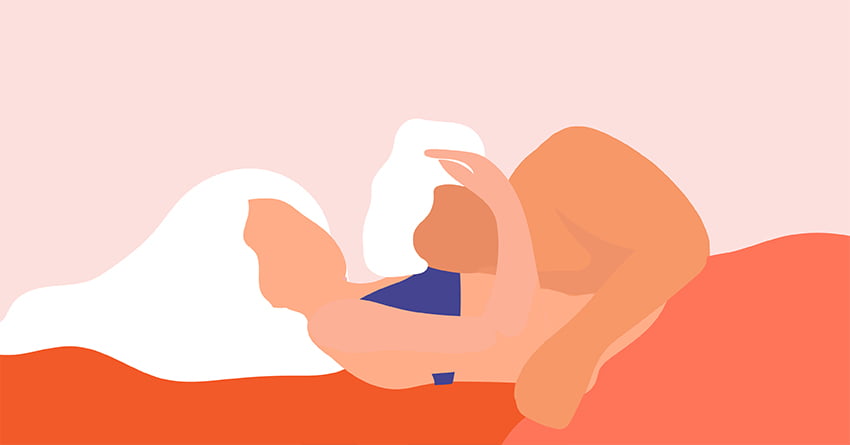 If you want your pelvic muscles to remain its strength even as you age, there’s always sex to give you a fun Kegel exercise. Every time you have sex, your abdominal muscles, and pelvic muscles contract, which helps in improving bladder control and avoiding incontinence. Strengthened pelvic floor also decreases the chances of vaginal prolapse. In fact, women who are sexually active even after menopause are less likely to develop vaginal atrophy, a condition which makes sex painful and causes urinary symptoms.

11May just be the cure for your insomnia 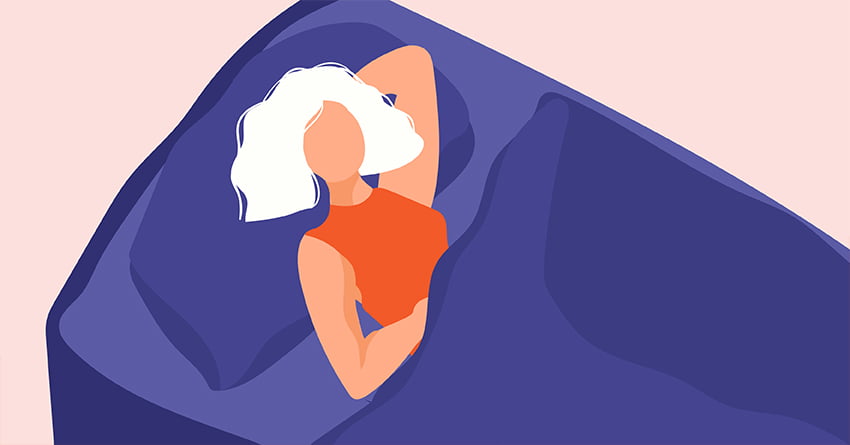 Ever noticed why you sleep a little better after having sex? It’s not just a mere coincidence. There’s a scientific explanation for that. Sex can actually improve your sleep and that mostly has to do with the hormone called prolactin that’s released during orgasm. It’s a hormone that’s naturally present in your body to aide your sleep by encouraging a feeling of calm and sleepiness. It’s definitely one of the benefits of sex you don’t want to miss out. 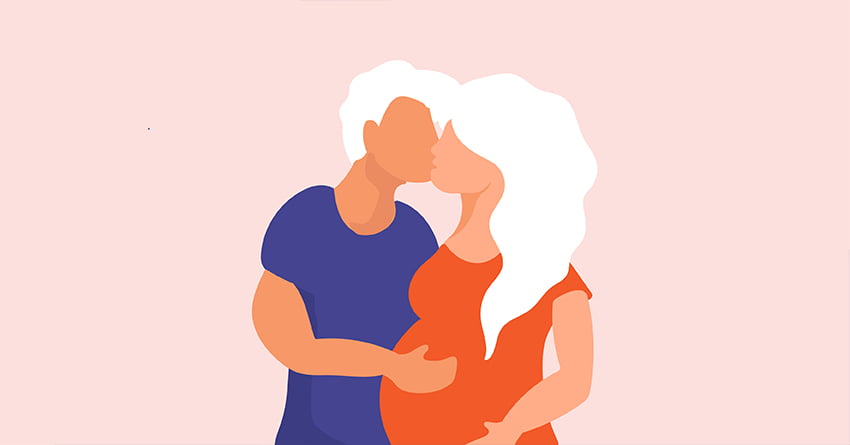 If making babies is part of your plans, then you’re going to need healthy sperms. And men who had daily ejaculations for a week were found to have higher-quality of sperm as opposed to those who didn’t have daily ejaculations, according to a study conducted in a fertility center. The men who ejaculated daily for a week had less fragmented sperms which imply the presence of healthier DNA. A strong sperm cell with a healthy DNA is more likely to fertilize an egg.

13Lowers risk of ulcer and angina 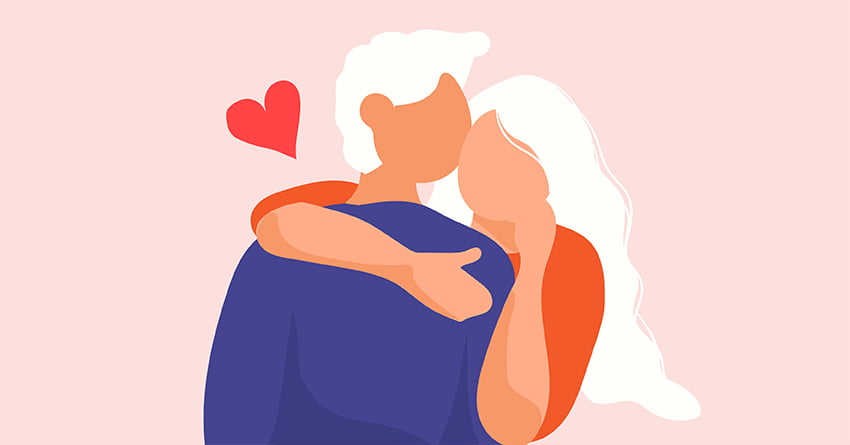 In a study with 10,000 men as participants, they found that men who felt loved and supported by their partners were less likely to develop angina, a chest pain that’s caused by lowered blood flow to the heart muscles, regardless if they already had other risk factors such as older age and spike in blood pressure. Researchers also agree that stress and lack of social support can increase the chances of developing ulcer. 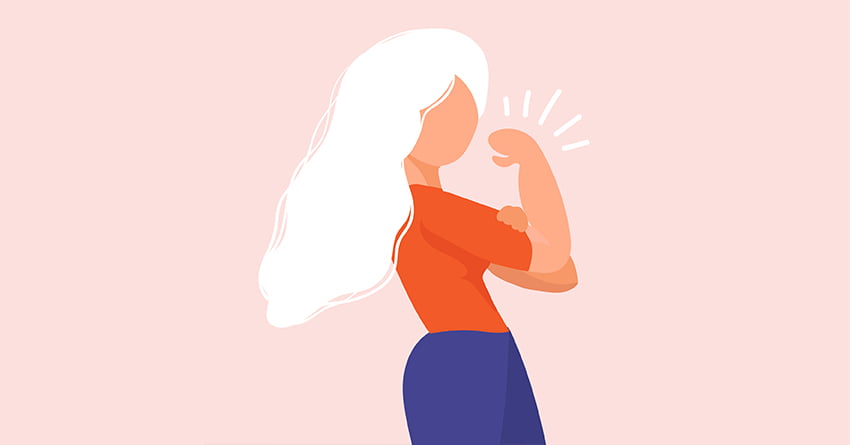 It’s not just milk that can strengthen your bones. Turns out sex can too. Having regular sex when you’re in your post-menopausal stage in life can give you protection against osteoporosis, a condition where your bones become thinner and thinner. It’s caused by having lower levels of oestrogen. Even men can gain the same benefits. Testosterone levels increase during and after sex which also in offer protection against male osteoporosis.

15Get a break from painful period cramps 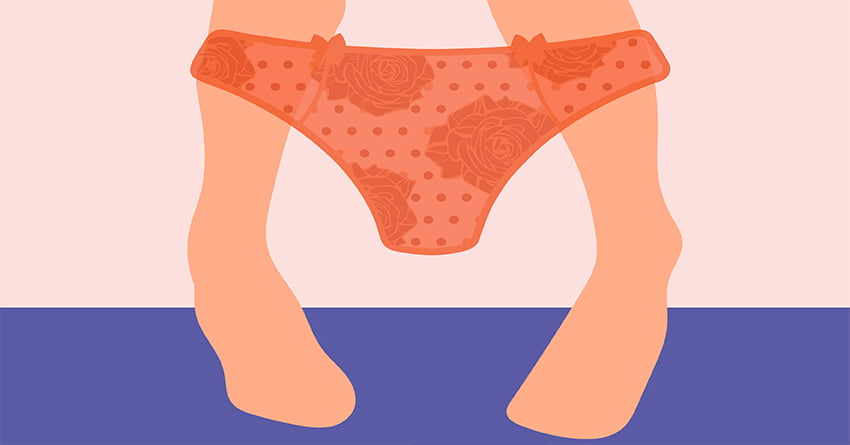 Here’s another health benefits of sex girls will want to reap off. Sex has been linked with less painful menstrual cramps. Getting the sexy on during your period may sound gross but we’re on board with the saying don’t diss it, till you try it. When you reach the peak of your orgasm, your muscles contract then relieves tensions in the muscles of your uterus, giving you a breather from period cramps. Having sex when you’re on your period may also shorten the days of your period since you can rid yourself of the blood and uterine lining a lot quicker.

There’s no doubt that sex is an integral part of an individual’s life. We may do it for the pleasure, but the added benefits of sex sure make it even more appealing. If you want to get these healthy side effects of sex, then engaging in more sex is the way to go, but just keep in mind to practice safe sex all the time.