As we celebrate pride month, you’ve probably stumbled upon terms such as SOGIE, gender expression, gender identity, sexual orientation, transgender, cisgender, and the like. If you’ve just heard about these terms and are seeking clarification through this guide, we gotchu. This article will discuss what SOGIE is and its significance. 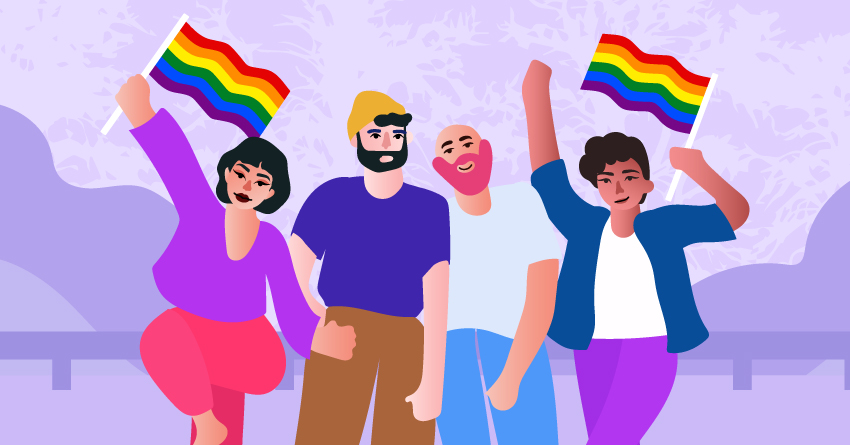 SOGIE stands for “sexual orientation, gender identity, and (gender) expression.” It describes how people identify themselves, express themselves, and love other people. Contrary to popular belief, everyone has a SOGIE and isn’t limited to people in the LGBTQ+ community. Everyone has a SOGIE. This concept recognizes diversity in gender identity, romantic/sexual relationships, and self-expression.

If you’ve just heard of this term today, you’re probably confused about SOGIE and its relevance. With that, we’re bringing in the Gender Unicorn and explaining the different facets of SOGIE.

The Gender Unicorn & Elements of SOGIE Meet the Gender Unicorn. It’s usually used by the LGBTQ+ community to discuss what SOGIE is and how to identify the diverse identities. It was originally published by the Trans Student Educational Resources. Check out the illustration above as you learn about the different facets of SOGIE. Let’s first focus on the DNA symbol. This symbolizes Sex Assigned at Birth. When you’re born, a medical professional has to assign birth to you based on your physical markers. If you have a vulva and vagina, you’re a female. If you have a penis, then you’re assigned as male. As infants born with a mix of male and female genitalia, they are considered Intersex.

Sexes that are Assigned at Birth In the illustration, turn your focus on what the gender unicorn is thinking. See that rainbow sign? It stands for Gender Identity, the internal conception of oneself. You can identify yourself as boy/man/male, girl/woman/female, or non-binary. Gender identity determines how a person wants to be perceived and be called upon.

People who have the same gender identity and sex assigned at birth are cisgender people. For example, if you were born as a male and see yourself as a man, you’re a cisgender man.

On the other hand, people whose gender identities don’t align with their assigned sex at birth are transgender people. An example is a person assigned as female at birth but sees himself as a man. He may have the biological markings of a woman, but he prefers to be seen as a man and conform to the gender roles of a man. That person is a transgender man. Going back to the illustration above, check the hearts of the unicorn. It symbolizes sexual orientation, an element of a person’s identity that characterizes the gender they’re attacted to.

Here’s an example, Martha was biologically female and saw herself as a woman. She’s a cisgender woman. Ever since she was a teenager, she has been dating women. This means she’s a lesbian cisgender woman. The cisgender woman is the gender identity, and lesbian is her sexual orientation. Check the illustration and see the green dots around the unicorn. This represents Gender Expression, which is how you choose to express your gender identity. This includes your hairstyle, clothing, behavior, voice, pronouns, and other inward or outward characteristics.

Some people have gender expressions that align with their gender identities. For instance, a transgender woman sees herself as a woman, so she uses she/her pronouns, dresses in feminine clothing, and uses a lighter voice. On the other hand, some people may want to express themselves differently from their gender identities. For example, a cisgender woman prefers to be androgynous (other/neutral). She is still female at birth and sees herself as a woman, but simply wants to not follow the traditional norms of what a woman should dress like.

How to Know Your SOGIE After meeting the Gender Unicorn and learning the different elements of SOGIE, some of you are probably wondering how to determine your own SOGIE. We get that it can be overwhelming at first glance. Still, once you’ve taken the time to assess yourself, it’ll be easier to find your gender identity and sexual orientation.

How to Determine Your Gender Identity

Ask yourself, “How do I see myself in terms of gender?” Do you see yourself as a woman or man, or does your gender not fit into the typical man-woman structure? As mentioned earlier, your gender identity is your inner sense of self.

How to Determine Your Gender Expression

Once you’ve figured out your gender identity, you can assess how you present yourself. Take time to check your clothing, hairstyle, preferred pronouns, behavior, etc.

How to Determine Your Sexual Orientation

For instance, a transgender woman doesn’t necessarily have to be in a relationship with a man because it is expected of her gender identity. She can still date women. Some of you are probably thinking, “Well, if that person is assigned male at birth and still attracted to women, why can’t that person stick to being a cisgender man?”

It’s because being a woman is her gender identity. This person’s sense of self isn’t determined by the gender she’s attracted to.

Keep in mind that there are other types of sexual orientation, and we’ve only listed some of the common ones.

As you’ve learned the basics, you now have enough information on determining and recognizing your own SOGIE. As for some of our readers wondering why we need to learn this concept, below are some of the reasons why SOGIE is significant.

1It recognizes that every individual is unique. 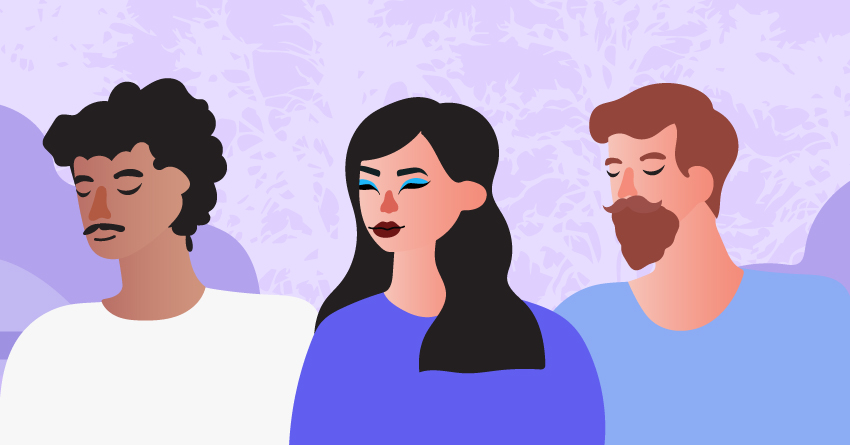 One of the reasons we should understand SOGIE is that it perpetuates the belief that every individual is unique. When it comes to our identity, romantic/sexual preferences, and self-expression, we shouldn’t be confined to a box. Not everyone is a cisgender heterosexual man or woman— and that’s okay.

2It can help LGBTQ+ youth to unlock their full potential. SOGIE is significant in shaping our youth, as this helps everyone unlock their full potential. Young people in the LGBTQ+ community often encounter discriminatory acts. For instance, dress codes reprimand students who identify themselves as transgender people. Some students in the LGBTQ+ community are also targeted by bullying due to other students’ lack of information about SOGIE.

If we promote this concept and educate people that everyone is unique in their own way, then educational institutions may create policies that may help people with diverse SOGIEs, such as allowing transgender students to follow the dress code within their gender identity. Instead of suffering from mental and emotional issues due to confusion about their gender identity and discriminatory practices from their school and schoolmates, the LGBTQ+ youth can focus more on working through their goals. 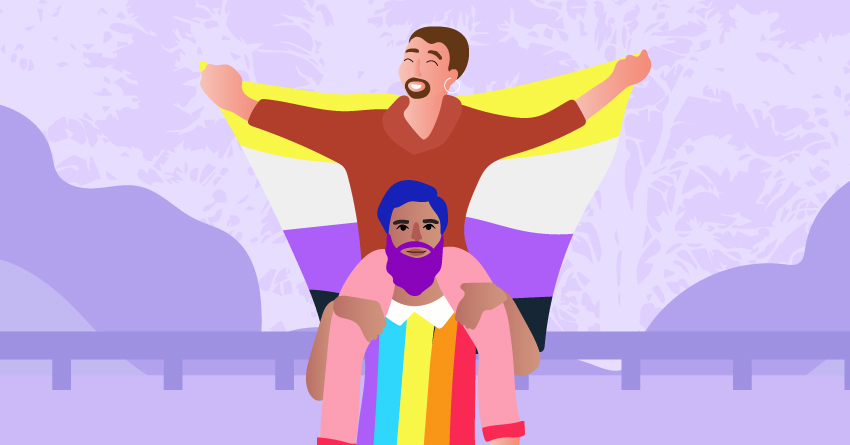 Another significant effect of understanding SOGIE is that it can help eliminate myths surrounding the LGBTQ+ community. Misconceptions such as “Same-sex couples will have gay children,” “Lesbians only wear manly clothes,” or “You can determine if a person is gay or not” will be debunked since we now have a better understanding of what gender identity, sexual orientation, and gender expression is.

4It promotes anti-discrimination laws and policies for people with diverse SOGIEs. When everyone understands what SOGIE is, more people will encourage government and private institutions to develop laws and policies that protect people with diverse SOGIEs from discrimination and harassment.

For instance, until now, the Philippines still doesn’t have an LGBTQ-specific law against discrimination, harassment, and abuse. The SOGIE Equality Bill, also known as House Bill No. 4982 or “An Act Prohibiting Discrimination on the Basis of Sexual Orientation or Gender Identity or Expression (Sogie) and Providing Penalties Therefor,” which provides protection for the LGBTQ+ rights, is still not passed as a law.

In fact, it’s now “the longest-running bill under the Senate interpellation period in Philippine history.” If people start taking the concept of SOGIE seriously, there will be more voices that’ll call out our government and encourage them to pass the said bill.

5It opens the dialogue towards understanding and accepting the LGBTQ+ community. SOGIE helps people understand people and relationships that are outside of the norm. It may not remove homophobia and discrimination completely, as there are simply people who are simply *ssholes to other people. Still, it will certainly open the dialogue towards LGBTQ+ acceptance. SOGIE enables people to see LGBTQ+ as humans. SOGIE is also open to everyone. There are different labels and terms to identify yourself, your sexual preferences, and self-expression.

Read also: The ABC’s of Becoming a Better LGBTQ Ally If you still have specific inquiries, check this section below as we’ve answered some of the frequently asked questions about SOGIE.

1What’s the difference between SOGIE and LGBTQ?

SOGIE is an acronym for Sexual Orientation, Gender Identity, and (Gender) Expression. It’s the terms representing characteristics regarding our identity and relationship preferences. On the other hand, LGBTQ is an acronym that stands for lesbian, gay, bisexual, transgender, queer, or questioning. It describes distinct groups that have diverse SOGIEs.

2What is the SOGIE of a masculine straight man?

If you’re a masculine heterosexual guy and think you don’t have a SOGIE, it’s time to remove that perception, as everyone has a SOGIE. It’s not just exclusive to LGBTQ+ people. The SOGIE of a straight masculine guy is:

3What does “cis” mean, and where does this term come from?

The “cis” from cisgender is a prefix with the Latin meaning of “on the same side as.”

4Can my SOGIE change over time?

Yes! Your gender identity, sexual orientation, and gender expression may change over time. One or all of the components may alter depending on your current situation or self-discoveries. For instance, a cisgender, heterosexual man may realize that he’s attractive to both genders. He can then label himself as bisexual.

5I’m still discovering myself… Is it okay if I don’t have a full SOGIE yet?

Everyone has their own pace when it comes to discovering their true selves. It’s okay to take time to figure yourself out.

Yay for reaching the end of this guide! We hope that you’ve learned a lot about this concept and were able to figure out your SOGIE. Remember to not judge people just because they have a SOGIE that doesn’t fit the “norm.” For more pride or LGBTQ+ articles, click this link right here for more guides.