For this guide, we will discuss the causes of a curved penis and tips on navigating your sexual activities with it. Let’s start with the most common question men have about curved dicks…

Is it Common to Have a Curved Penis? 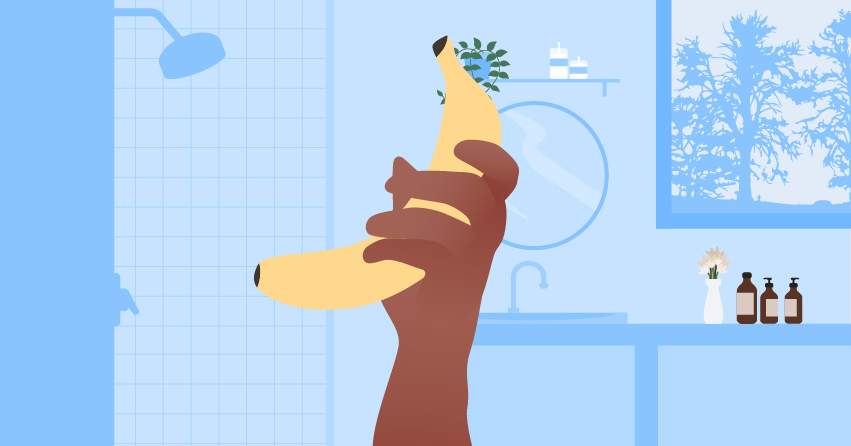 Contrary to popular belief, it’s pretty common to have a curved penis. Dr. Michael Ingber, a Board-certified urologist, and sexual health specialist, found in his study that 32.7% of men have an upward curve, 19.1% a downward curve, and 24.5% a side curve.

Another study in Australia also showed that 19% of their respondents reported a curve or bent in their penis. If you’re worried that your condition is “abnormal” and that most men have straight erections, you’re not alone in this.

When Should You See a Doctor? A curved penis shouldn’t be a medical concern, as long as…

If you experience any of the mentioned symptoms above or other related complications, consult a urologist. If left untreated, you may end up with irreparable penile damage, erectile dysfunction, or other similar conditions.

Not all penile curvatures are created equal. Some are inborn, while others were caused by outside factors, such as circumcision or a mishap during sex. Below are some of the known causes of this condition. Peyronie’s disease is a condition wherein segments of flat scar tissue (also known as plaques) develop under the skin of the penis. This causes the person’s erection to be curved, bent, or indented.

This condition has two stages, first is the Acute Phase, which lasts up to 5 to 7 months (it could go up to 18 months but only in rare cases). In this stage, plaque forms in the penis, making erections incredibly painful.

The second stage is the Chronic Phase, wherein the plaque has stopped growing. The penis no longer bends further, and there’s less pain when the penis is erect. However, this phase may occur other penile issues such as erectile dysfunction (ED).

Peyronie’s Disease is usually caused by penile trauma (injury to the penis) and has the following risk factors: Another condition that may have resulted in a curved penis is Congenital penile curvature. Also known as chordee, this condition occurs at the boy’s birth. There’s no definite cause of this condition, but one of the known causes is the unequal growth of the erectile chambers. According to numerous specialists, autoimmune diseases can lead to Peyronie’s disease or a curved penis. When the immune system attacks cells in the penis, it can result in penile inflammation. Scar tissue will then form because of the inflammation, developing into the plaque in the long run. As mentioned in the first point, having penile trauma can lead to a curved penis or Peyronie’s disease. This may happen during a sexual encounter where the penis is intensely bent or a non-sexual accident involving the penis.

If your curved penis isn’t causing pain or issues with your sexual activities, you don’t have to get treatment. But if it’s affecting the quality of your life, then consulting a urologist is the key. They may recommend nonsurgical treatments or surgery, depending on the cause of the penile curve or severity of your condition. Below are some of the common treatment options.

1Use mechanical traction and vacuum devices. If the person has Peyronie’s disease and was diagnosed during its acute phase, the specialist may recommend using mechanical traction and vacuum devices to minimize the severity of the curvature.

The person may go with Penile Traction Therapy, wherein they would wear a brace-like device that holds the penis at an angle for a specific duration.

They may also use vacuum erection devices (VEDs) or penis pumps. These devices come with a tube that fits over the penis, a manual or battery-operated pump, and a retaining band. The person must slide their semi-erect or erect penis into the cylinder, pump air out of it until it reaches the desired pressure, slide the band into the base of the penis, and remove the pump. Another nonsurgical treatment that can be done during the acute phase of Peyronie’s disease is oral or injectable medications. Currently, there are no oral medications that could treat a curved penis, but potassium para-aminobenzoate is known to reduce plaque size, which can minimize symptoms of Peyronie’s disease. However, it’s not going to correct the curvature of the penis.

The person can also get intralesional injections, wherein medicine is injected right into the developed plaques, minimizing penile curve and reducing erection pain.

3Get a surgical reconstructive procedure. If the symptoms did not improve after taking nonsurgical treatments, your specialist might suggest getting surgical reconstructive procedures. You may do a grafting procedure, wherein the urologist removes the scar tissue in your penis and replaces it with a patch of tissue from another part of your body, grown from a lab, or from an organ donor.

The urologist may also recommend plication surgery. This procedure involves pinching or removing a piece of the tunica albuginea from your penis, straightening the penis.

There’s also another surgical procedure called device implantation. In this one, penile implants are inserted in the penis to correct its curvature. This process can be done along with other mentioned surgeries.

But before you partake in any of these surgeries, remember that these procedures are expensive and risky. They may lead to penile complications such as erectile dysfunction or numbness. Do this as a last resort when every other treatment has failed and the condition continuously interferes with your quality of life.

Tips When Having Sex With a Curved Penis

If you have a curved penis but don’t experience pain or similar complications, you don’t need to spend extra bucks to get treatment. However, we understand that you might have issues in the bedroom because of your curved schlong, so we’ve listed some tips to help you.

1Take time to overcome your negative thoughts about your condition. The most important thing to do is reframe your mindset about the situation. You need to stop thinking that you’re “abnormal” or would never fully enjoy sexual activities because of your penis. If the curvature of your schlong is not more than 30 degrees and you don’t experience EDs or other complications, you have a healthy penis that happens to be slightly curved.

Changing your mindset and accepting your condition isn’t going to happen overnight. It’s also not easy to remove the shame from it, so just take baby steps. We also recommend getting help from a professional, such as a sex therapist or counselor.

2Communicate with your partner. 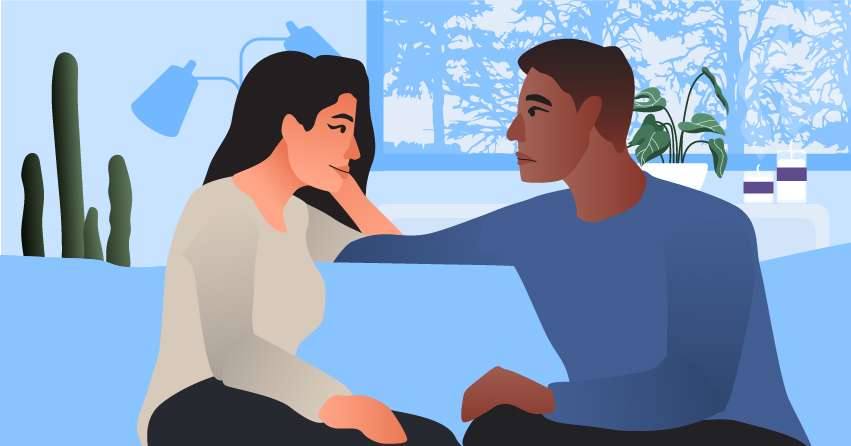 Another important step you should take is talking to your partner about it. Before getting intimate, let them know that you have a curved penis and you may need some minor adjustments in the bedroom.

That way, you wouldn’t be too worried once you’ve started having sex since they’re 100% aware of your schlong. Opening up about your condition is also a good step in removing the shame of having a curved penis. 4Try sex positions that go well with your curved penis. 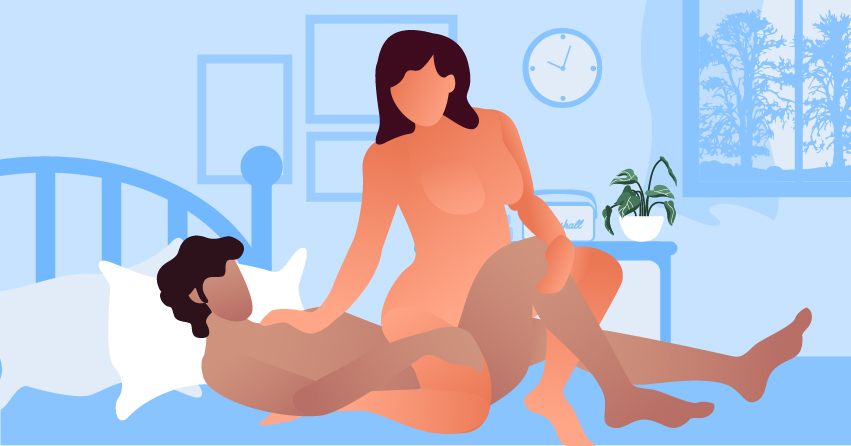 Experimenting with different sex positions can help determine the best positions for you and your partner. Just remember to go with positions in which the angle of your curvature aligns with the angle of entry.

For example, if the penis has an upward curve, go for a missionary-like sex position or anything leaning forward. An upward curve can work in your favor as you’ll easily stimulate the g-spot in the upper vaginal wall.

Below are some guides to help you find the sex position that works best for you. Be patient with trying out these positions, as you may need to practice a couple of times to get it right (but hey, more sexy sessions for you and your boo!) 1Does having a curved penis make me better in bed?

2Can jelqing help me straighten my penis?

Research shows that jelqing or penile stretching in the form of penile traction therapy (PTT) can help correct the curvature of your erection if you’re still in the acute phase of Peyronie’s disease. However, before engaging in this practice, consult your specialist. Not doing jelqing properly can lead to more injury or trauma to your penis.

3Is there a way to prevent having a curved penis?

If you were born with a curved penis, there’s no way to prevent having that curvature. However, if you have a relatively straight penis and don’t want to end up with a curved dick, you need to do regular checkups with your urologist, especially if you have the risk factors such as having an autoimmune disease, family history of Peyronie’s disease, etc.

Also, be careful with trying out unconventional sex positions and penis-involved kinks, as you might injure your penis in the process.

4My partner has a curved penis and is conscious of it. What should I do?

This depends on your partner, but you can either (a) compliment it and show how much you love his dick or (b) don’t make a big deal about it and just have fun with the deed. Some guys may love being complimented about their dicks, while others may spend overthinking about your compliment. So assess your partner first before reacting to it.

5Is a curved or bent penis less desirable?

Nope! Our bodies are uniquely beautiful. Having a bent penis doesn’t make you less of a man or less appealing.

A curved penis can be a blessing or a curse; some may have used it to their advantage in the bedroom, while others may have suffered from other penile complications.

Just remember, having a curved dick shouldn’t stop you from having a fulfilling sex life. As we’ve mentioned, experimenting with different angles and sex positions is the key! And if your curved penis is causing painful erections and other issues in the bedroom, get the needed treatment before it’s too late.