Ghosting– the act of cutting contact online with no explanation whatsoever– has slowly become the norm in the dating space. But despite its infamy, we shouldn’t forget that ghosting is a douchebag move. Hands down.

For the person being ghosted, it hurts like hell. We get that you’re probably confused right now as to why that person suddenly ended the connection.

But don’t fret, as we’re here to help. We’ve listed down the five possible reasons as to why that person ghosted you, and how to deal with it less painfully.

Possible Reasons Why You’ve Been Ghosted

One of the things people usually think when someone pulled the “ghosting card” on them is that there’s something wrong with them. They assume that they’re at fault as to why the other person just disappeared from their lives.

However, that statement is false. Usually, ghosts have issues with themselves, making them succumb to ghosting instead of being upfront with the other person. Here are some of the issues and reasons why they do this shitty dating behavior. One of the common reasons why people are going for the ghosting route is that they can’t handle conflict. They feel like talking to you will only create “unnecessary” drama. Some even think that leaving without a word will hurt less rather than having a proper breakup conversation. We get you’re thinking– that’s hella selfish. But that’s what ghosts usually think when they pull off this move.

2They may have an avoidant attachment style. Some ghosts tend to have an avoidant attachment style, making them struggle to connect with others who try to form a bond with them. They’re emotionally unavailable to a real and committed relationship, so the moment that things get serious between you and this person, they just chicken out.

Read also: What is Submarining? Here are 5 Signs You Should Watch Out

3They have problems that they don’t want to share with you. There are rare cases wherein people ghost their partners due to life problems. That person might even be too depressed to continue the relationship and would rather cut down the connection instead of revealing that information to you.

Now, this doesn’t mean you should try to connect with them again and to help them heal. You’re not a rehabilitation center, sweetie. If this person has problems that they wouldn’t want to share with you, it’s best to give them space. If they want to vent out their feelings or ask for help, that person would do that on their own.

4They’re just playing mind-games with you. Some people are just flat-out players. They see relationships as a game and their only goal is to get satisfied. If they’re done with you, they’ll just leave without a trace.

But they don’t do ghosting because they’re scared of conflict, or they have avoidant attachment styles, they just do it as they still want you as their backup. Once they’re done with their current quest, there’s a chance that they would try to win you over again.

There’s also a chance that they’re doing this because they want you to be more clingy with them– yep some people would use ghosting as a way to manipulate your feelings. So be careful out there, sweetie. Narcissists are everywhere.

Read also: Don’t Fall for the Negging Trap: 5 Signs You Should Watch Out!

5They’ve found someone else. This is one of the most common reasons why people succumb to ghosting. Since online dating has provided us with unlimited choices, most people don’t settle on just one person. They would chat, call, and meet potential dates, and then once they’ve found their best match, they would just drop their other flings like a hot potato. In this case, you’re just one of the potential dates that didn’t make the cut.

Read also: Let’s Talk About Orbiting: How to Deal with this Toxic Dating Trend

How to Respond to Ghosting

Now, it’s easy to get caught up with negative feelings when getting ghosted. We get that it’s painful to be ignored just like that, especially if that person has been someone you’ve become so close with. But that’s how life is– not all people are meant to stay forever. Here are the ways to respond to ghosting and how you can heal from it. If you feel like you’ve been ghosted, we suggest to stay calm and message the person privately. Don’t assume that they’re ghosting you just because they haven’t replied in 2 days. Maybe they’re going through something and just need some space from other people.

But let’s say they never replied after addressing the ghosting issue, then it’s best to let it go. You don’t deserve someone that can’t even be bothered to send you a goodbye message. Ghosting is selfish behavior, so don’t ever think that it’s your fault as to why they stopped the contact. It’s all about them, buddy. As we mentioned above, ghosts deal with certain issues immaturely. They would rather succumb to ghosting instead of having a mature conversation with you.

Read also: 15 Ways to Move On from Someone You Love (Heal Your Broken Heart!) One of the biggest mistakes people make when they get ghosted is that they get all “senti” and spam posts about the ghosting issue. Some even post the whole story on their profiles– sharing screenshots with long captions in them. Now, venting out is a normal way of coping with tragic incidents, such as this one.

However, sharing the whole incident on social media isn’t going to help you heal. It would actually even give a reverse effect to that as you will get reminded of the ghosting situation. So while you’re on the grieving stage, we suggest taking a soc-med break. Seriously, don’t put yourself on a pity-party. 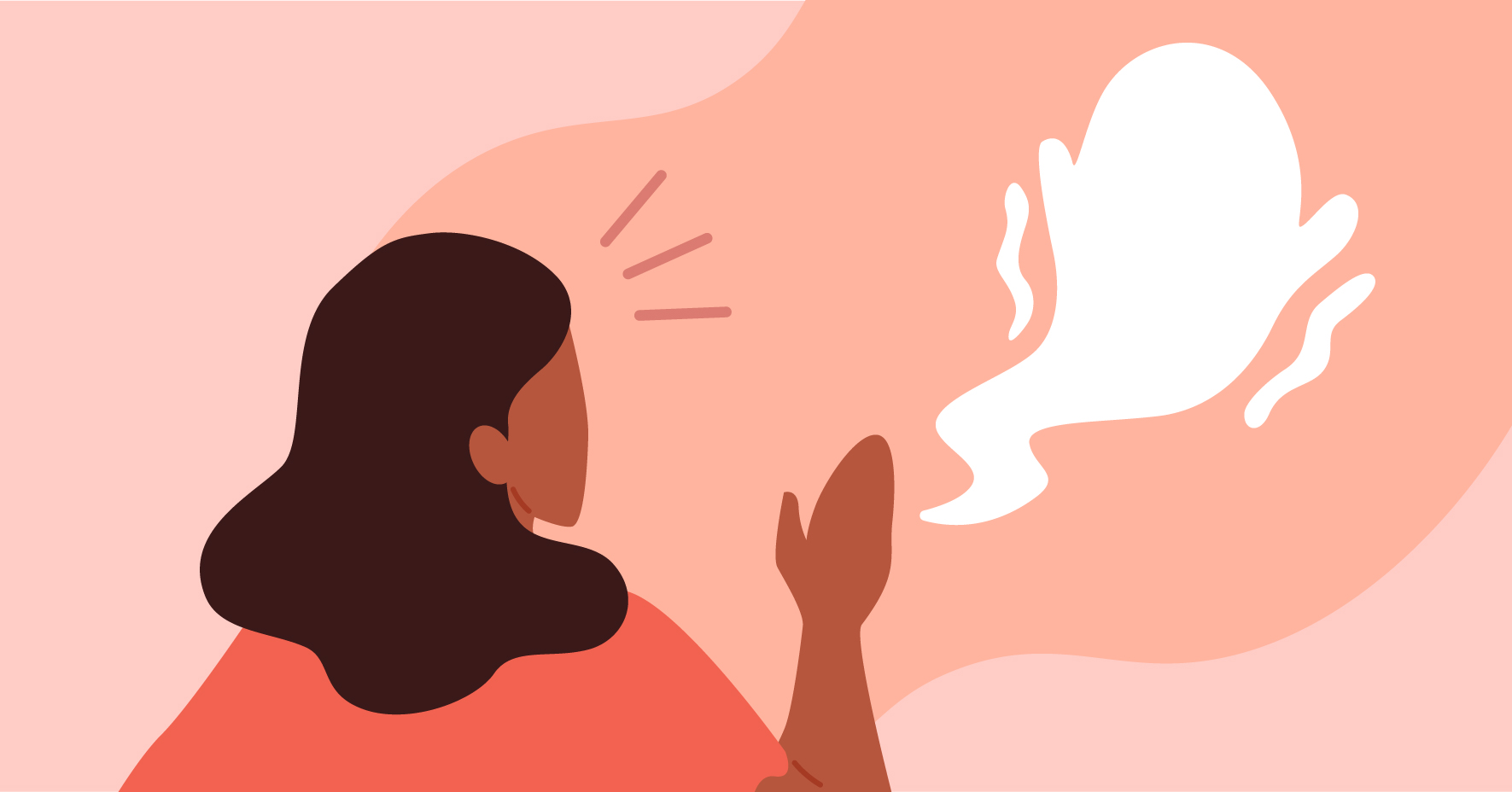 Stop stalking, commenting, and messaging the ghost. It’s not going to help you move on, sweetie. It’s also going to make you look pathetic and desperate for this person. Just focus your energy on your other loved ones, personal projects, and hobbies.

5Get back into life. We suggest getting out there as soon as you get better emotionally. Have some meetups with your friends. Visit your relatives. Start a new hobby. Meet some new people. You’ll move on in no time once you’ve diverted your energy on the things that matter.

What to Do if the “Ghost” Comes Back

Now, normally, you don’t want anything to do with the guy who ghosted you. And that’s totally understandable. You’ve dealt with the disappointment, humiliation, and that nasty blow on your ego. You got over the heartbreak and happily moved on. But sometimes, the ghost comes back to haunt you.

Before you decide to perform an exorcism and completely cut that ghost out of your life, you may want to see the situation in a different light. If you ever find yourself with a ghost forcing its way back to your life again, here are a few things you want to think about. Okay, so the ghost took the time to call or text you today. And here you are, confused as fuck. What just happened? You were so sure that this person was done with you when they didn’t contact you for months. The thought “What happens if I reply?” just keeps messing with your head. But before you make any hasty decisions, take the time to mull over the situation. Maybe think it over ten times just to be sure you’re not going to regret your next move.

2Assess if the person is worth the risk. Deciding to entertain someone who took the ghosting route may require swallowing your pride. This person already hurt you the first time they’ve ghosted you. By giving them a second chance, you’re making yourself vulnerable again. So maybe the second time is going to be different. Maybe it’s a happy ending for both of you. But what if it isn’t? Is this person really worth the risk of getting another heartbreak? 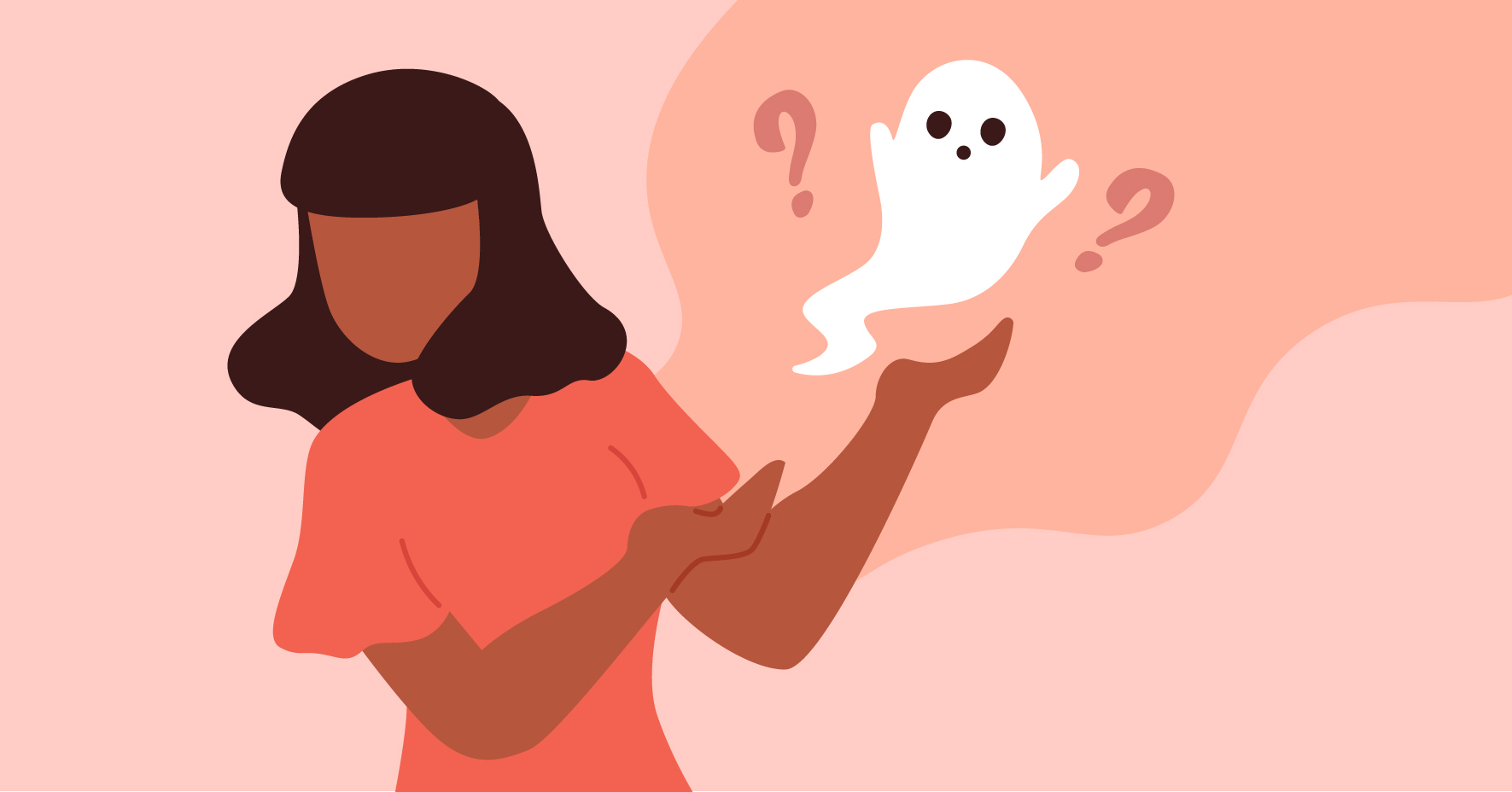 People make mistakes. We should all be allowed to right our wrongs. Your ghost, of course, can fix the errors of their ways. Let’s say the two of you are back to talking terms again. You took the plunge and decided maybe they’re worth it. The next best thing to do is to address the elephant in the room. Confront them about why he suddenly disappeared from your life before. Whatever their reason was, it has to be followed with an apology. Let this ghost own up to their mistakes.

Read also: Signs You Are Not Ready For A Relationship (Don’t Force It!) 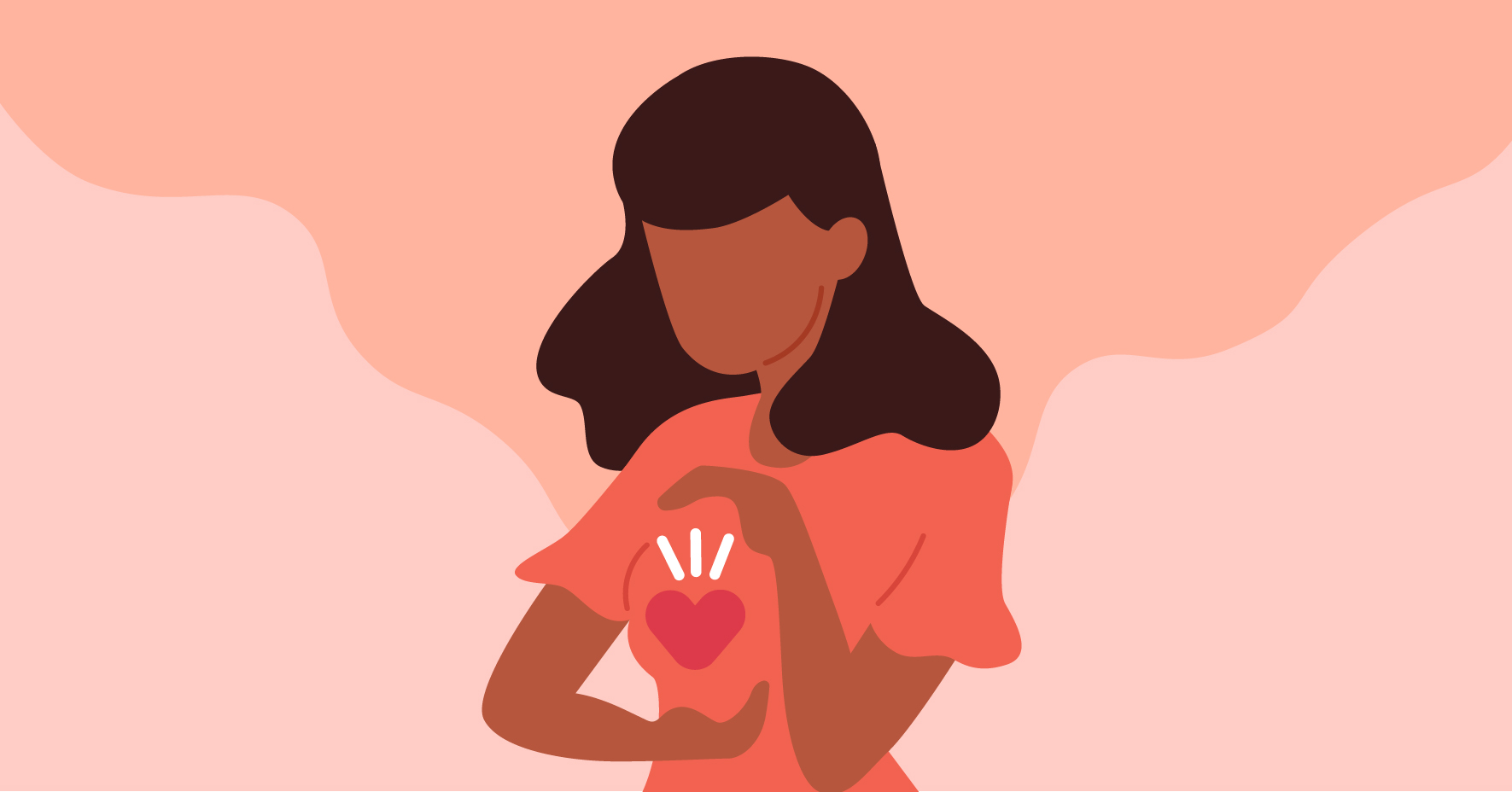 If you do decide to reply—no matter how much you want to scream bloody murder at this ghost for hurting you like that—it’s best to remain calm or at least pretend to be calm. You don’t want to sound too bitter. Keep your responses classy. Your hours spent in yoga and meditation are going to come in handy in these kinds of situations.

After that, should you plan to be on talking terms with them again, it may be better to not give all of yourself right away. In fact, don’t readily hope for too much out of it. Think of it as a precautionary measure. This person already left you hanging before, what’s stopping them from ghosting you again? If you let yourself be too focused on this ghost here, then chances are, you are making yourself too vulnerable. And possibly too available for them. There’s no need for you to commit only to them. That hasn’t been discussed yet. You’re just two people who are looking to see where things go. Keep your options open by seeing other people.

We hope that you were enlightened by this ghosting guide, and have found the closure that you’ve been looking for even though it’s not from that person.

Being ghosted is an unpleasant ordeal for anyone. We totally get where the hurt is coming from. If you ask us, you’re better off not taking back that guy who ghosted you. But not everything is black and white.

If you feel that there’s something more there if you just give it another try, then, by all means, go for it. Just remember, always be ready for the risks involved.