What is a Ball Gag and Why You Should Get One

Now, why should you get your ball gag? If you’re a dom who wants to take full control, you can make your sub wear this toy. Seeing him/her in a helpless state adds to the sexual appeal that a dom might find incredibly arousing. Submissives can also get mental and physical arousal while wearing a gag. If you’re a sub that likes to get his/her senses hindered, you should add this to your bondage collection.

Read also: What is BDSM—All The Things You Really Need to Know About This Kink

How to Use a Ball Gag

Already enticed with this frisky toy? Before getting one for yourself, make sure you know how to use it first. Here’s a simple guide that tackles how to use a ball gag before, during, and after a play session. 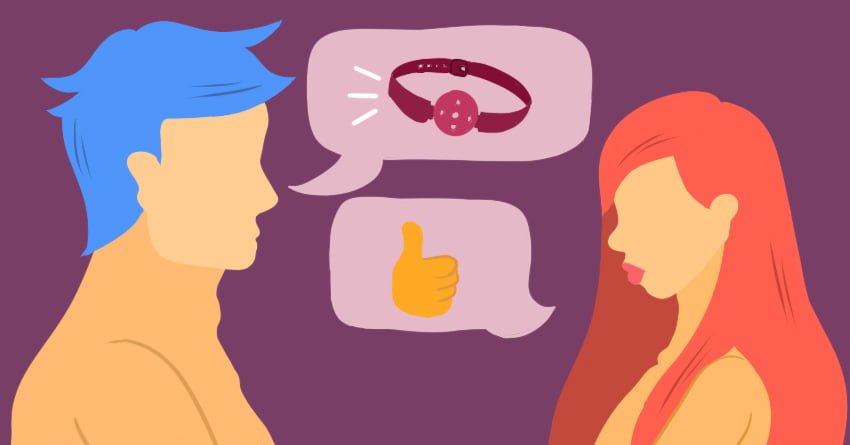 Before using sex toys such as a ball gag, discuss it with your partner first. If you’re a dominant, make sure you get proper consent with your sub. If he/she in doubt, give him/her some time to research it. You can also experiment with scarfs first, just to give him/her an idea with what mouth gagging is all about.

Once your sub agreed on using mouth gags, you also need to discuss the non-verbal signals since your partner cannot talk during the play.

Once you and your partner agreed with the terms, start looking for beginner-friendly variants. Ball gags that are suited for beginners usually have a smaller and breathable ball (with holes in it) and adjustable straps. They don’t have locks, chains, nor weights in it. 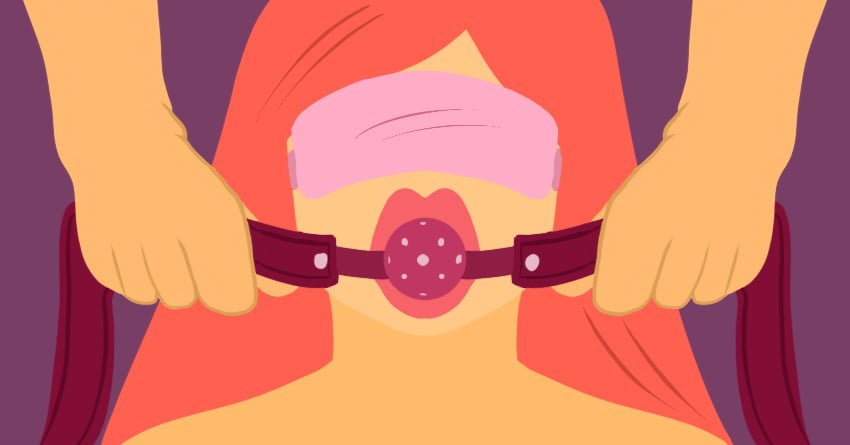 To put it in, have the submissive hold the gag to their mouth as the dominant adjusts the straps behind the sub’s head. The sub must apply some pressure to force the call behind his/her teeth. Depending on the size, it may take some time to securely put the ball gag into the sub’s mouth.

For beginners, you may go for looser straps. Just make sure the ball gag won’t fall off during the play. 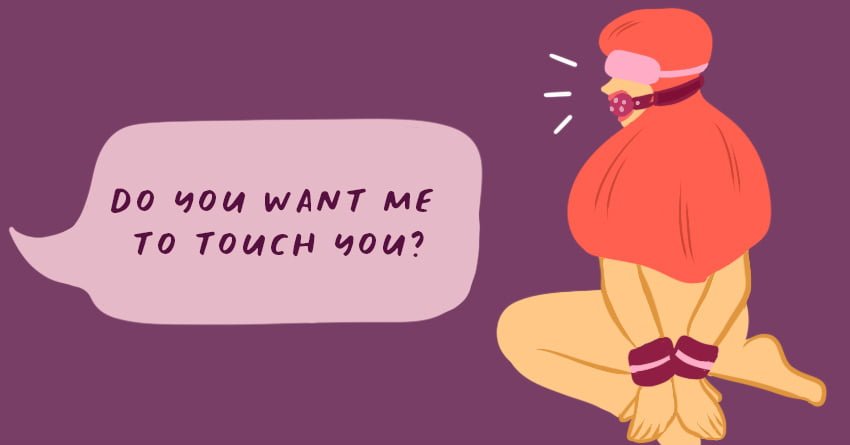 Once everything’s set, let’s the kinky fun begin. If you’re a dom, you can start asking questions, giving subtle spanks to your sub with his/her every helpless whimper. This will create a playful experience as you keep your partner gagged through the whole play. 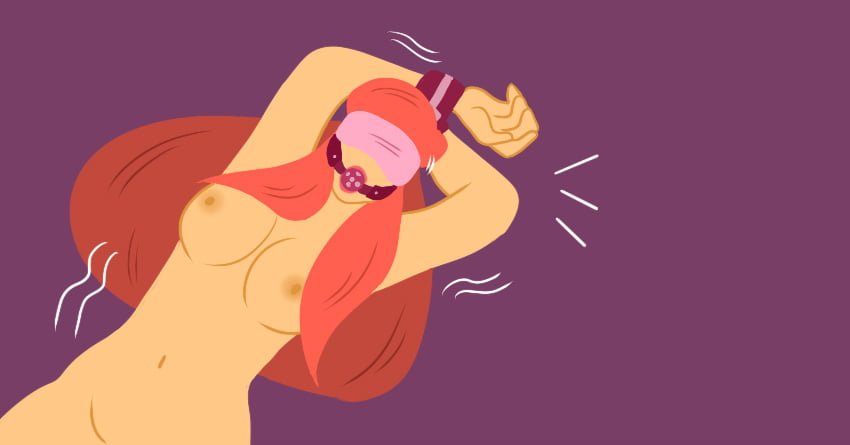 During the play, keep on checking your submissive partner. Make sure you remember the non-verbal signals that you’ve discussed earlier. For reference, you can incorporate these non-verbal signs:

6Clean the ball gags after 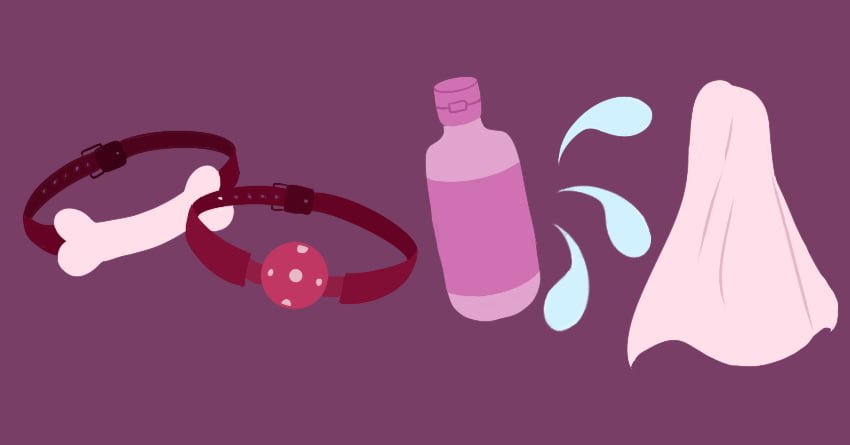 Speaking of cleaning, here’s how you can clean a ball gag:

Other Types of Mouth Gags

If ball gags don’t match your fetish nor taste, there is a spectrum of mouth gags to try out. 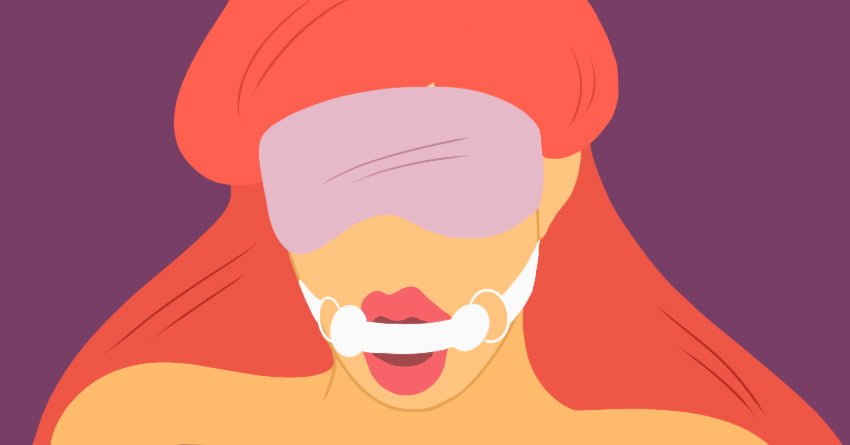 The Bit Gag consists of a cylindrical tube instead of a ball gag. Its cylinder shape makes it easier for the sub to hold it in place. If you want a simpler gag than a ball gag, you can try this one out. 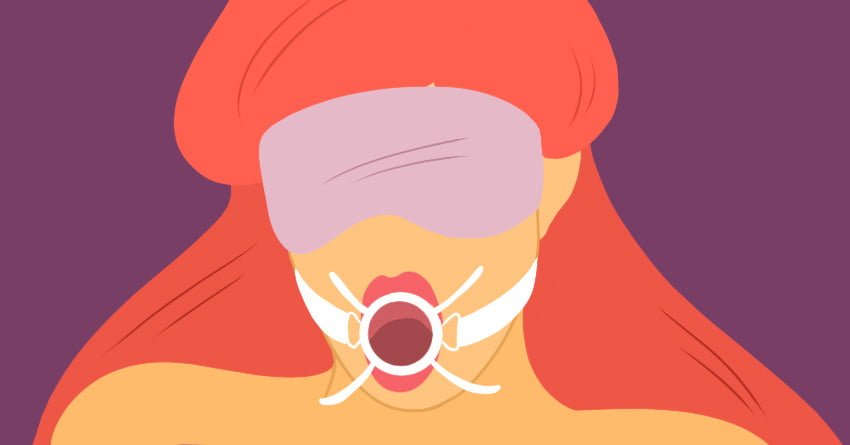 It is a ring-style gag that holds the mouth open. It’s designed with a ring that goes in the mouth and has curved metal pieces to hold the lips out of the way. Just like the ball gag, it has a leather strap that latches behind the head. 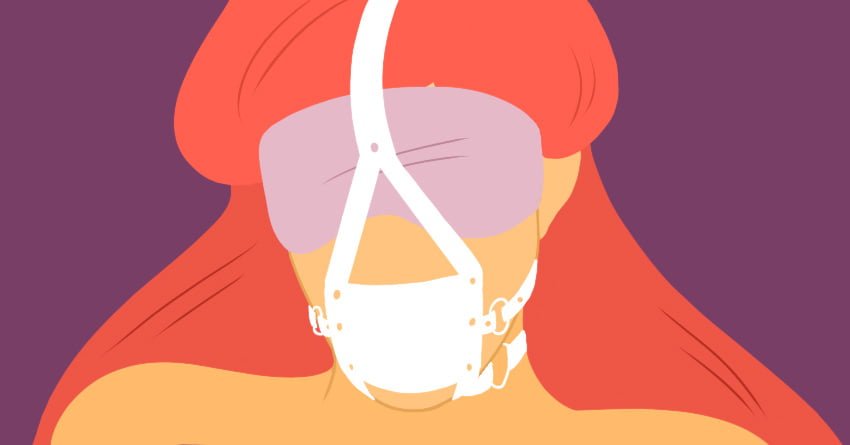 Similarly looking to an animal muzzle, this type of mouth gag generally has a flexible patch of leather that’s placed over the mouth. It is held by leather straps around the back as well as straps that run under the chin and up over the face. 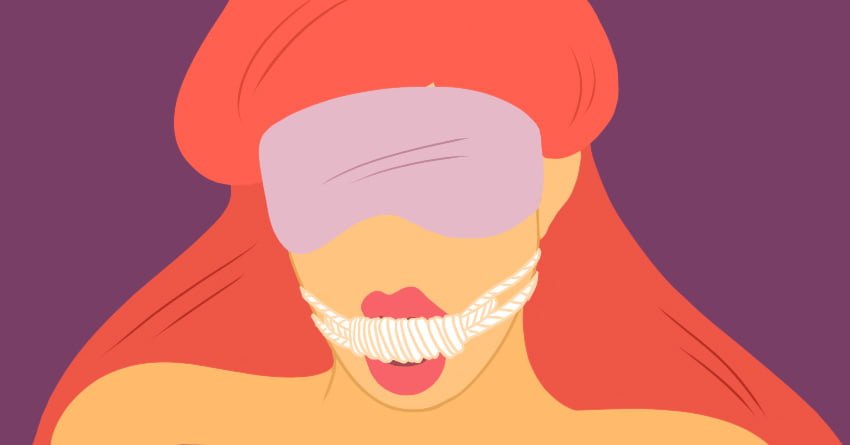 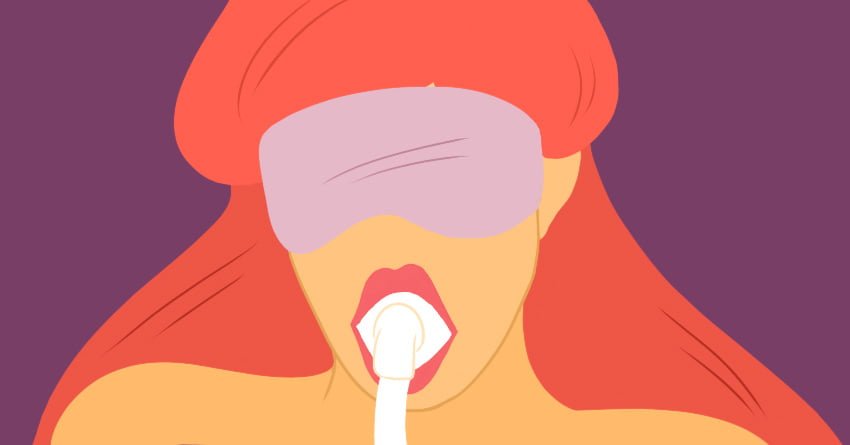 This type of gag resembles the wings of a butterfly. The central part fits behind their teeth while the wings sit between their teeth and lips. Since this gag can be inflated, this is the most effective at silencing the subs. 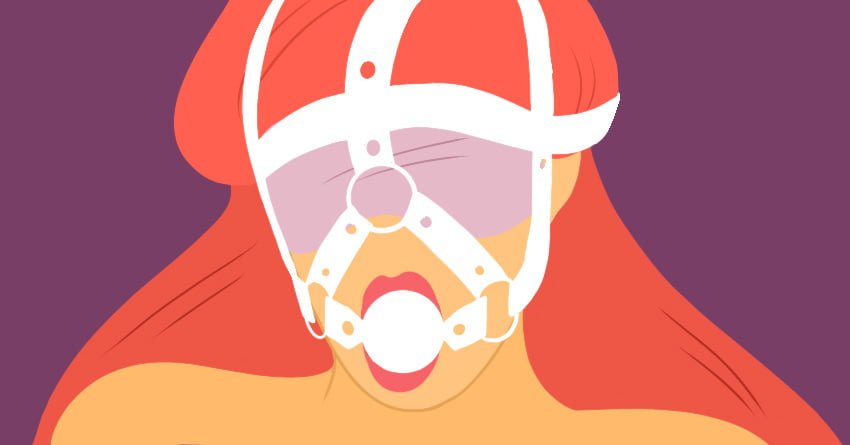 If you wanna go all out with the gagging, this is the best type of gag for you. A harness gag is a piece of headgear that’s made with straps and buckles, as well as attachment points to put on gags such as ball gags or muzzle gags. Since it consists of multiple straps, it can even restrict the movement of the mouth by stretching it open or shutting it close. 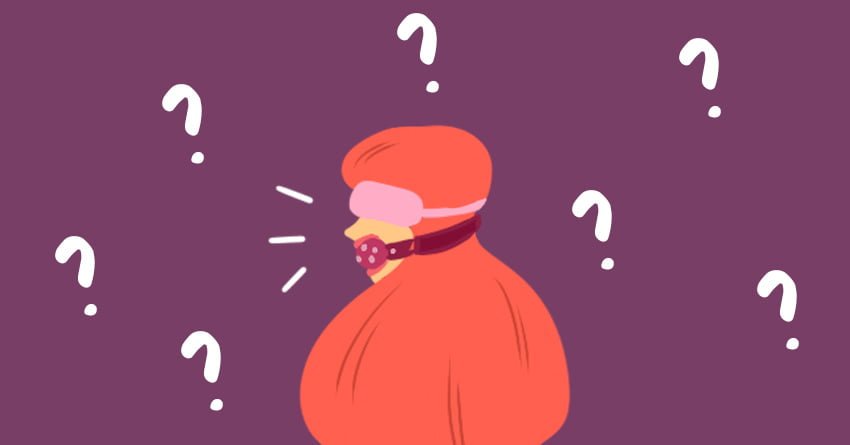 Now that we’ve laid out all the essential information, we’re sure that you already have a clear depiction of what a ball gag (and mouth gags in general) is all about.

But we feel that you still have uncertainties about this kinky toys. Don’t worry, it’s normal to feel that way. With that, we’ve answered the most frequently asked questions about ball gags that you’re probably thinking right now.

1Can you breathe with a ball gag?

Yes! However, it may be difficult to do so since your mouth is gagged. That’s why the submissive mustn’t have a nose-related sickness such as a cold or runny nose when using this toy. Also, you can go for ball gags with holes in them for more comfortable use.

2How long can I wear a ball gag?

This depends on your comfortability. Some can only wear gags for a few minutes while some can have it for longer periods. But to be safe, only wear it for 20 minutes (max).

3Is it painful if I wear a ball gag?

Putting a gag may inflict some mild pain in your jaw. But unlike other toys such as paddles, whips, and nipple clamps, it doesn’t necessarily put out massive amounts of pain. It’s more designed to make you drool uncontrollably. Just make sure to place the gag properly to avoid any mishaps.

4What toys can I use with a ball gag?

5Can I use a ball gag alone?

A big nope! It’s risky to use this alone as this toy can be a considerable threat to asphyxia, where one can no longer breathe since there’s a deficient supply of oxygen on the buddy. That’s why when playing a ball gag or any forms of a mouth gag, always have your dom or partner assist and monitor you.

A ball gag may look like a simple toy that just makes the sub unable to speak, but they serve a powerful visual to showcase the power dynamic between the sub and dom. It also brings emotional arousal to both parties– the sub feels more restricted and owned by his/her master, while the dom feels more controlled on the session play.

Just make sure that non-verbal safety signals, safewords, and ground rules are laid out before using this type of toy.

Now that you’ve reached the end of this guide, go ahead and get yourself a ball gag. Time to take a bite and have yourself pleasurably gagged. Stay kinky!