This is a highly sensitive topic so before venturing into the guide, we would like to give a trigger warning. This guide is about abusive relationships and we will discuss the ins and outs of it, including kinds of abuse and our insights to frequently asked questions of the victims.

It’s common for relationships to have problems but when the person is already hurting you and being abusive towards you, maybe it’s time to rethink the whole thing.

Watch out for some of the key signs to look for. Don’t ignore the red flags. It’s common for someone who is being abused to believe that they can still work things out with their partner. They believe that it’s their own fault and that they somehow ‘deserve’ the abuse. But you shouldn’t settle for anything other than yourself. Abuse is NEVER okay.

The first step is to recognize abuse. Sometimes people don’t know they’re in an abusive relationship because their partner doesn’t hurt them physically. However, you should know, your partner doesn’t have to lay a hand on you for it to be considered as something abusive. Abuse can take many forms inside a relationship, such as the following: 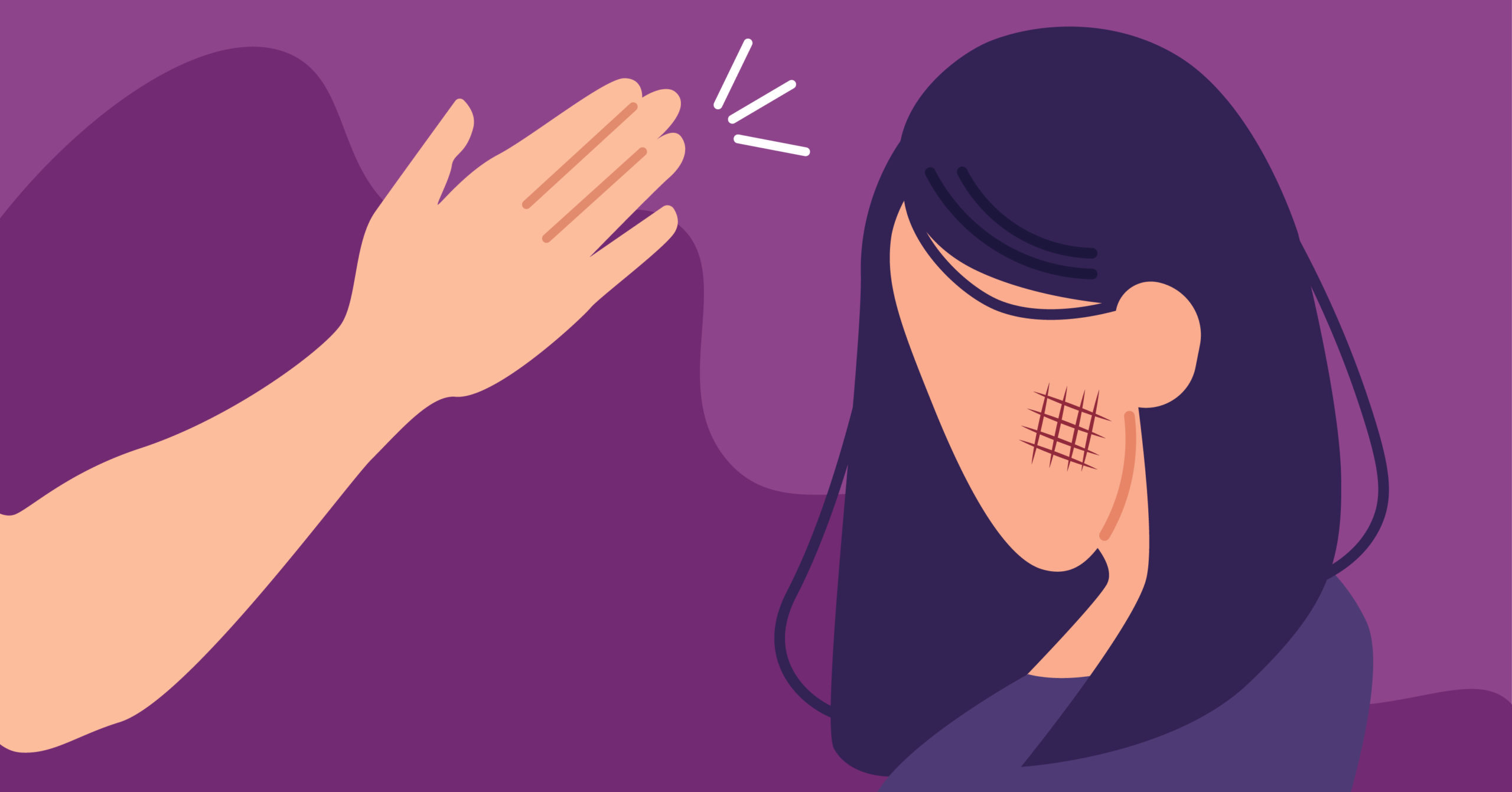 This is probably the easiest kind of abuse to spot and recognize. When your partner is hitting, strangling, kicking, slapping you, or doing any other form of physical assault, that is physical abuse. There’s no excuse for physical assault. It should be enough cause for filing criminal charges and the immediate end of the relationship.

Read also: How to Get Out of Abusive Relationships and Live Your Life Again Is he consistently calling you names and telling you things that make you feel like you’re worthless, pathetic, or stupid? This is what happens with emotional/verbal abuse. It includes humiliation, belittling, controlling behavior, threats, intimidation, and degradation. Bruises from a physical assault can be easy to spot but emotional scars are often invisible and take longer to heal than physical ones. Abuse is about power and control. An abuser will use any means necessary to maintain that control, and often that includes finances. Financial abuse occurs when your abuser takes total control over you by controlling your finances to the point that you lose your personal freedom. This can take many forms from not allowing you to work to taking the money you earn or not giving you money unless you follow rigid rules and demands. Cultural/Identity abuse is when abusers use the victim’s cultural identity or aspects of it to inflict suffering or as a means of control. For example, using racial slurs or not letting the person observe the dietary or dress customs of their faith, or threatening to ‘out’ someone as LGBTQIA if their friends and family don’t know, or isolating someone who doesn’t speak the dominant language where they live – all of these are examples of cultural abuse. This happens when one partner, through a series of actions or words, wears away the victim’s mental health. It often involves making the victim doubt their own sanity. Over a sustained period, with this kind of abuse, the victim depends more and more on the abuser as they don’t trust their own judgment anymore. They also hesitate to tell anyone about the abuse they’re experiencing, for fear they won’t be believed. They’ve been made to believe that they’re “crazy”. And if the victim decides to lash out, the abuser will make them the “bad person” in the situation, even sharing misinformation with the victim’s friends and family.

No matter what kind of abuse you’re experiencing, no one should ever put up with any kind of terrible treatment. You don’t have to endure any abuse to “prove your love”. Abuse is abuse. Your partner should be the person you trust the most, the one who loves you and cares for you. They’re not supposed to be the ones you’re scared of the most and hurts you even when you’re down. When love turns to nothing but pain and suffering, it’s time to get out of the door and leave.

Read also: How to Know If You’re in a Toxic Relationship? (Spot the Signs Now!)

As you’ve read the kinds of abuse above, you might feel connected to one or two of them. Now, if you do feel that your partner is abusing you, we suggest getting out of the relationship right now. Call someone you trust, whether it’s a family member or your best friend. Please don’t wait to make things worse.

But let’s say you’re still unsure if your partner is abusive or not. In that case, you can check this quick section about the signs of an abusive partner.

1Your partner is very possessive and acts as if they own you. They make you constantly feel like they own you, like you’re their property and not a separate human being. They check on you all the time to see where you are, what you’re doing, and who you’re with. Whenever you’re out, your phone just won’t stop ringing or beeping with notifications from them. Make the mistake of ignoring them and they’ll make you sorry for that. They try to control where you go and who you see, and get angry if you don’t do what they say.

2Your partner isolates you from everyone out of jealousy. Even when they have absolutely no evidence or basis for it, they accuse you of being unfaithful or of flirting. They call you degrading names consistently. They don’t want other people hanging out with you, even when they’re your family or close friends. So they isolate you from your loved ones, often by behaving rudely to them.

3Your partner always puts you down. For them, you’re nothing but trash. They put you down, either publicly or privately, by attacking your intelligence, looks, mental health, or capabilities. When that’s not enough, they compare you unfavorably to others. They blame you for all the problems in your relationship, and for their violent outbursts. They say things like, ‘No one else will want you.’

Read also: How to Enjoy Being Single: 12 Fun Ways to Live Freely! Often to intimidate you, they throw things or break things in front of you. They sulk or shout at you and watch your terrified face. They threaten to use violence against you, your family, friends, or a pet. This is part of them establishing fear in you so that you can never leave them.

5Your partner emotionally and physically hurts you. Your arms are filled with bruises and you try to hide them from your family and friends. You’re embarrassed to admit that your partner is hurting you. Abusive partners use physical force to administer control over you. They push, shove, hit or grab you, or make you have sex or do things you don’t want to do. They harm you, your pets, or your family members. We get that leaving abusive relationships can be difficult. Even if you’ve noticed all the signs, there’s a sense of fear that keeps you from leaving. But here’s the thing sweetie, staying with an abuser will make things worse on your end. Now, there are questions that victims often ask their family, friends, and colleagues. Here are some of our insights about that.

1Will my abusive partner ever change. What if I improve myself?

The abuse will probably keep happening. Abusers have deep emotional and psychological problems. We’re not saying change is impossible. We’re saying it doesn’t happen that quickly or easily. Change can only happen if your abuser takes full responsibility for their behavior, stops blaming you, or other things for his actions (e.g. his drinking and work problems) and seeks professional treatment for their deep-seated issues.

Read also: 15 Ways to Move On from Someone You Love (Heal Your Broken Heart!)

2I feel like my partner needs me. Can I help them to stop the abuse?

We know you still love the person no matter what they’ve done to you. It’s only natural that you want to help them. You may think you’re the only one who understands them and it’s your responsibility to fix their problems. But the truth is, you are not their salvation. The only ones who can help themselves are themselves. If you stay and accept repeated abuse, you’re not helping but reinforcing and enabling bad behavior. The problem stays and worse, perpetuates.

3My partner already promised to stop the wrongdoings, is it okay to give them a second chance?

This is common. Abusers often plead for another chance, beg for forgiveness and promise to change when faced with serious consequences. They may even mean what they said at that moment and may show changes in the first few days. But their true goal is to stay in control and keep you from leaving. Most of the time, once you’ve forgiven them and they’re no longer worried that you’ll leave, they’ll return to their old ways. The cycle will just begin and continue again and again.

4Will it still be the right choice to leave the relationship now that my partner is seeking professional help?

Even if your partner is in counseling, there is no guarantee that he’ll change. Sometimes, abusers can still maintain their violent and abusive tendencies even with professional help. If your partner has stopped minimizing the problem or making excuses, that’s a good sign. But you still need to make your decision based on who he is now, not the man you hope he will become.

5I’m scared that my partner will hurt me or themselves. Should I still leave the relationship?

It’s normal to feel terrified about leaving. You have endured abuse for god knows how long, so you’re not really sure what will happen when you finally get out. Maybe you’re afraid that your abusive partner will chase you. You may be unsure about where you’ll go. You may also be thinking about how you’re going to support yourself and/or your children. Don’t let this fear keep you stranded in a dangerous, unhealthy situation.

Abuse is a serious situation and there is no excuse for it. If you’ve finally acknowledged the fact that you’re in an abusive relationship, please seek help rather than figure things out on your own. Your loved ones would be more than willing to help you out.

Listen to your heart, trust your instincts, and listen to your friends and family if they express concern. Be strong, be brave, and do what’s right for you. You deserve to be happy, healthy, and out of harm’s way.