You might be planning a trip sometime. In case you don’t know, you can enjoy yourselves and bring sex toys with you on your trip abroad. Whether you’re alone or you’re with a partner, you can use sex toys around the globe. Unfortunately, not everywhere. There are some countries where sex toys are banned. They prohibit bringing sex toys in their country and you might wanna check them out. Avoid travel complications by knowing these countries. This will prevent your precious sex toys from being confiscated and thrown or worse, you from being arrested.

Here are the countries where sex toys are banned: 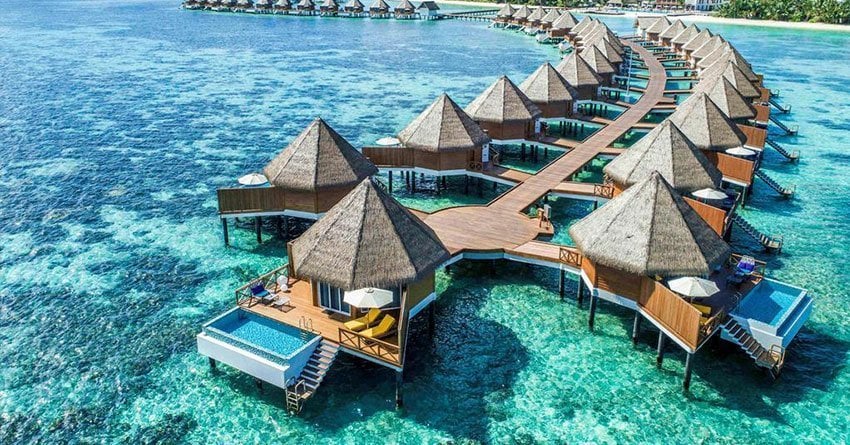 As much as you’ve probably dreamed of having your honeymoon in Maldives or actually just getting there on your own, sex toys are not allowed. According to the Maldives Customs Service website, sex toys fall under “pornographic materials.” It is a prohibited item. This is because Maldives is an Islamic country. We all know Islamic countries are conservative and can be pretty strict with their rules regarding “upholding religion and morality.” So if you’re thinking about wrapping up the romantic experience with some sex toys, you can’t.  You can even be refused entry in Maldives if you try to take your toy with you. It is an ideal island getaway but not an ideal place for your sex toys. Photo taken from The National.

It’s not really much of a surprise but as much as Saudi Arabia offers beautiful sand dunes, and ancient tombs, you can’t bring your sex toys. The country offers countless excitements for the adventurous people among us but not all fun is allowed. Under Islamic Law, sex toys are “pornographic materials.” As such, they are banned. You can ride a camel but you will not be riding your favorite vibrator as this may get confiscated.  There’s even the first “halal sex store” in Saudi Arabia but they don’t carry sex toys. They’re a “Sharia-compliant” sex shop in Mecca selling halal products for Muslims but there’s no vibrators or blow-up dolls. Just some scented candles, oils and creams aiming to improve the atmosphere and increase your sensuality. Yes, they exist. We’ve all heard about UAE. With their modern cities filled with huge buildings and palatial beach resorts. It gives the impression of a modern, progressive civilization. But unfortunately, like Saudi Arabia and Maldives, it is a very traditional Islamic country. Sex toys are banned in their countries because of their Islamic Law. They believe it corrupts a person’s morals and values. You can receive a fine of up to $250 or more if you get caught with sex toys. You will also be made to sign documents (all in Arabic) promising that you will not do it again and they will not care if you can read or not. This is probably the one that surprised me the most. Thailand, the land of the “ladyboys.” Thailand is probably one of the most affordable countries where you can spend your first trip abroad. For this reason, it is a popular destination among backpackers. Bring your cameras and take pictures of the busy morning markets and Buddhist temples. Thailand is rich in culture, adventures and delicious food. You may even think they’re liberated because of their ladyboys. But nope. Sex toys are illegal in this place. Sex toys fall under Thailand’s list of prohibited goods, specifically “obscene objects.” So, you can hang out at their red districts, but make sure to leave your sex toys at home. Photo taken from Trails of Indochina.

In 2011, the General Department of Vietnam Customs announced that Vietnam officials will not allow the entry of sex toys into the country. As such, if you’re planning to enjoy your dildo in one of their breathtaking countryside locations, you better say goodbye to that dream. As much as the locals are probably some of the friendliest people you’ll ever meet, their culture is still very traditional. When you try to enter Vietnam with a sex toy in your bag, you’ll be forced to give it up to custom officials. Unlike all other countries on this list, however, Vietnam does give back your sex toy the day you exit the country. Still, if you think you can get away and might as well try sneaking in your sex toy, just don’t. Respect their laws, dude. India is probably one of the most colorful countries in the world. From their culture to their food, it’s just vibrating with all kinds of amazing places and people. You won’t be feeling any vibrations from your sex toy though, at least not legally. The Indian Penal Code states that any book, drawing, figure, or object “shall be deemed to be obscene” if it triggers sexual thoughts and behaviors. And if it does, it is banned from the country. This means that many sex products are legal and illegal depending on how they look and how they’re sold. For example, a wand massager that doesn’t look like a penis is legal while realistic dildos and sex dolls are not. In India, basically, a sex toy is only illegal when it looks like a dick or a vagina. Otherwise, it’s okay. Quite confusing, eh?

Read also: A Guide to Traveling with Your Sex Toys: Tips and Things to Do Malaysia is another popular destination for tourists because it is an affordable option. Witness the tall buildings and taste the spicy foods. But don’t, and I mean, don’t dare bring your sex toys in the country. According to the Malaysian Penal Code, it is illegal not only to own but also to sell and distribute any obscene items such as sex toys. And unlike Vietnam and Thailand, where there are only minor consequences, in Malaysia if you get caught with a sex toy or any pornographic material, you can get punished with up to 3 years of imprisonment and/or a fine! So listen to me and leave those sex toys at home, okay?

As much as we’d rather call for a boycott over these popular tourist spots, it’s better to respect their local laws and traditions. Each country has their own culture and customs. We may have different beliefs as them but that’s not a reason not to recognize the rules that they have in their place. So, my final takeaway? If you want to go in any of the places included in this list, leave your sex toys at home.