Is having coffee not enough to start your day? Why not go for some steamy loving? Morning sex benefits not just your relationship, but your overall health as well.

Most of the time, morning sex is considered a side action as more people still prefer doing the deed at night. Though we get there’s something alluring about nightly loving, having sex in the early hours of the day can be as good, and in fact, can bring more benefits to you and your partner. Besides, it’s more pleasant to listen to your partner’s seductive moans than your annoying alarm, amirite?

Now, if you’re not sold yet as to why morning sex is good, here’s a guide for you. We’re listing down 15 reasons why it’s good to have sex in the morning. Who knows, maybe after reading this, you may end up hiding the alarm clock away and replacing it with good ol’ orgasm. Let’s dive right in!

1There’s no distress for the mess. 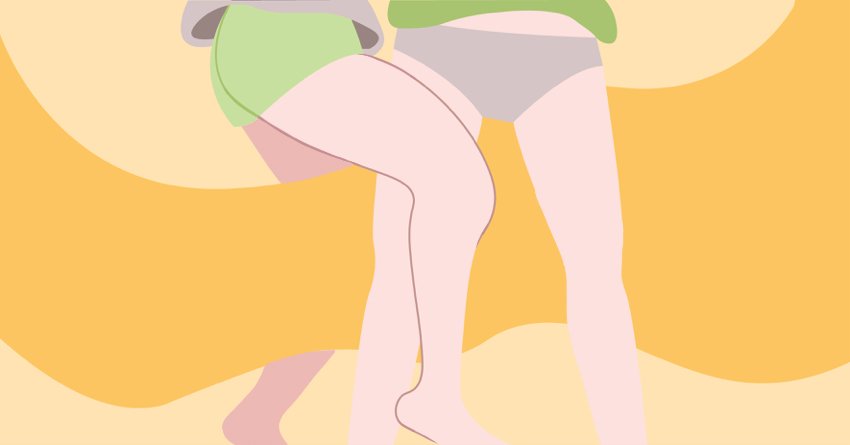 Who cares if you get the sheets soiled after a morning romping? You can easily just toss the dirty sheets into the laundry bag, or straight into the washing machine. So what if you got your hair all messy? You have a bedhead anyway. You don’t have to worry about ruining your makeup because you’re still bare-faced.

One of the key benefits of morning sex is that it gives you plenty of time to clean up your mess later in the day. You don’t have your glam on yet so you can go as wild as you want without having to worry about ruining all your efforts.

2It boosts your mood! 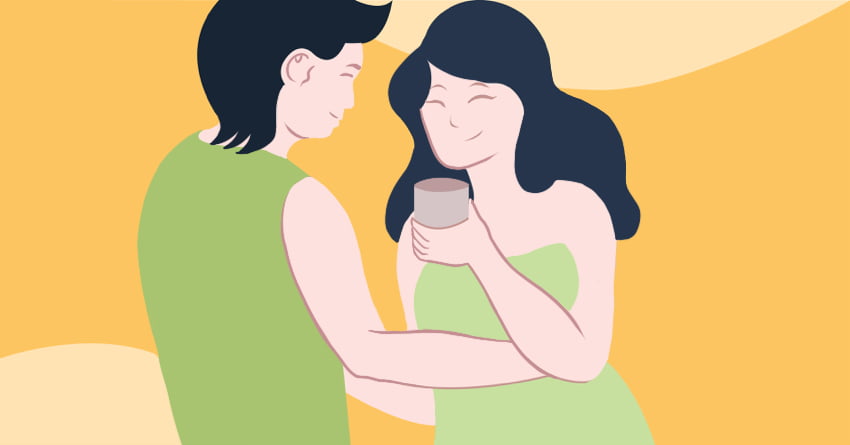 Morning sex benefits your overall mood. This is because of the feel-good hormones (oxytocin and endorphins) that are released during the deed. If you had a fight the night before or simply stressing out with other stuff, having intercourse can lift your spirits up.

Aside from alleviating your mood, endorphins also serve as a natural painkiller. So if you’re bummed out because of chronic migraine, good news for you! The hormones released during sex can minimize the pain you’re experiencing.

3Your libidos’ are in an all-time high. 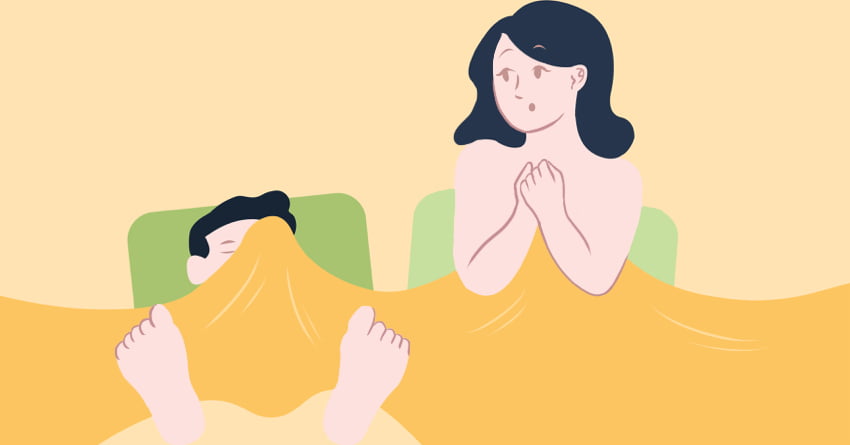 Did you know that our bodies can experience stronger orgasms right after we wake up? According to experts, testosterone levels are at an all-time high in the morning, both in men and women. Genital sensitivity is heightened too, especially for men, as their erections will be much stronger in the morning. So if you ever wake up with your guy’s morning wood that’s poking you from behind, all you need to do is grab it and it’s yours for the taking.

4It’s a great way to burn some calories. 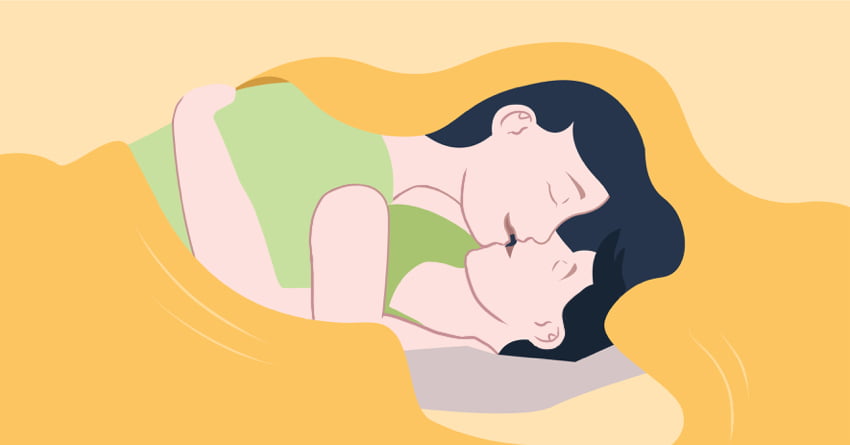 No need to hit the gym. You can stay in bed and still be able to burn that extra rice you ate the other day. As much as how you love to sweat it out on the treadmill, there are just some days when you won’t be able to commit to your daily work out. And that’s fine. Just switch your schedule up and replace it with morning sex. One of the benefits when doing the deed is that it can burn up to 75 to 150 calories. That’s a sex fact right there! And as a bonus, sex is fun so it doesn’t even like a workout.

Read also: Will Sex Help You Lose Weight? Here Are The Calories Burned During Sex

5Morning sex gives you a spunkier kick than coffee! 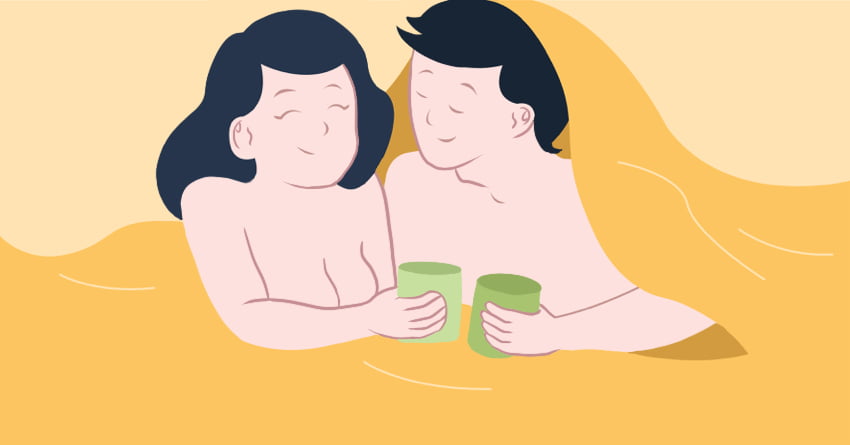 If you are a coffee addict and want to turn yourself in for some coffee rehab, then sex in the morning is what you may just need. Sure, you may like the kick you get from your usual cappuccino or mocha latte to get you through the day.

But you know what tastes even better and healthier for you? Sex. Yeah, that’s right. What’s great about morning sex is the benefits that it brings as compared to coffee. Your daily cup of joe may bring more sugar to your system, depending on the type of coffee you’re taking in. On the other hand, sex can improve your immune system, reduce blood pressure, increase your heartbeat, and give your brain a wakeup call.

6You’re baring it all. 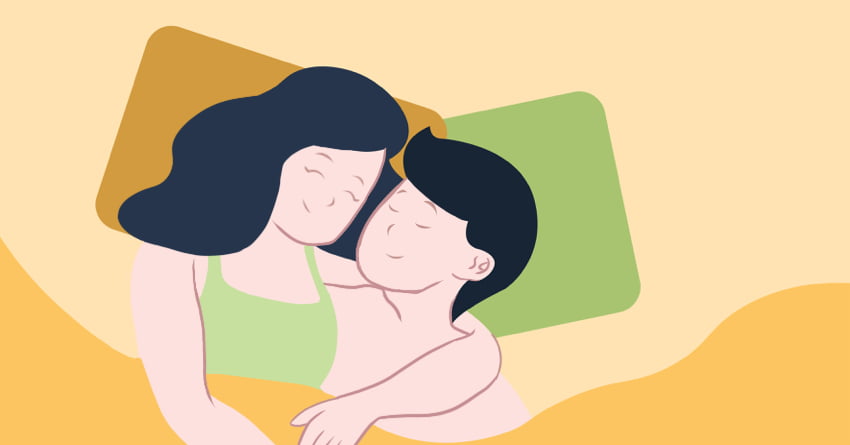 You know why morning sex is good? It’s because you can still experience some intense lovemaking, without the hassle! By being intimate in the a.m., you’re showing your partner that not-so-perfect aspects of yourself—morning breaths, night sweats, etc. This makes you more vulnerable and authentic with your partner, making your relationship more intimate and closer than ever.

7Get that glow throughout the day! 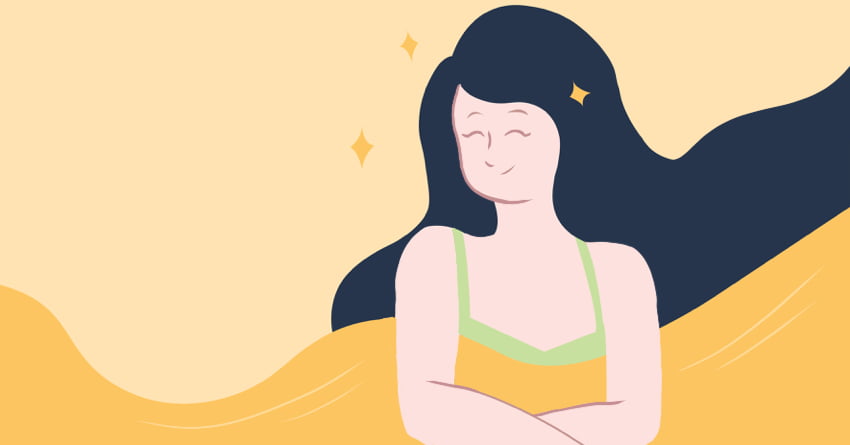 That glowing post-sex look isn’t just a myth. Having intercourse, specifically morning sex, can benefit your skin. Having regular sex can reduce your stress level and give you that glow effect.

The benefits are even better if you can reach an orgasm. Your body releases estrogen when you climax, which in turn boosts collagen levels, reducing the fine lines on your skin. Next time your friends tell you you’re glowing; you best believe they’re telling the truth.

Read also: 15 Benefits Of Sex (As If You Need More Reasons to be Having Sex!)

8Morning sex is a great way to end a one-night-stand. 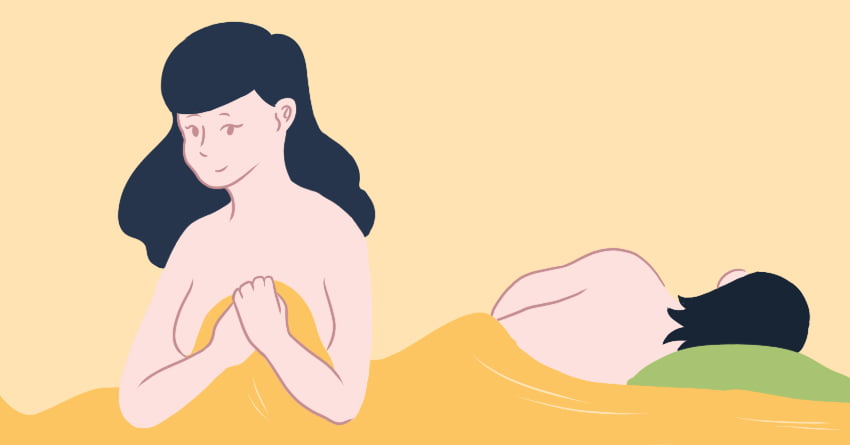 Doing the deed in the morning perfectly goes well with long-term couples, but did you know that morning sex can be good to no-string-attached encounters too? Having sex again in the morning, when you’re sober enough, can help you leave with a better memory of how good the sex was. It can also be a great way to bid goodbye, rather than the awkward walk of shame that everyone does.

Read also: What are the Benefits of Having Friends With Benefits? 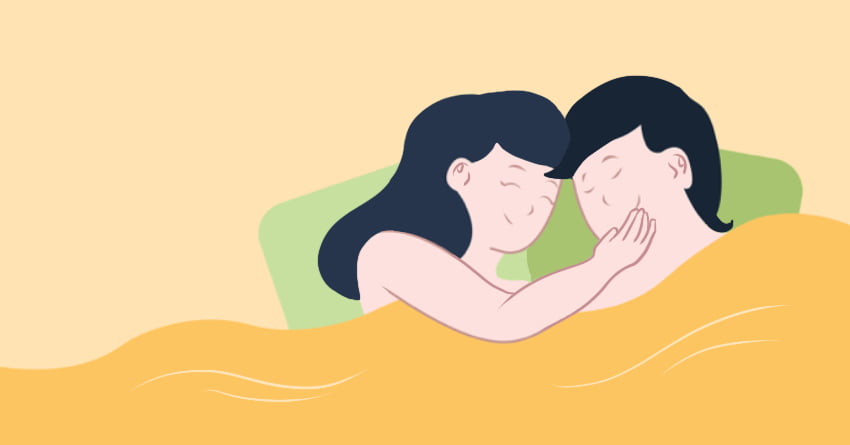 If you’re married with kids, you’re probably having difficulty finding free time for some steamy action. Though it’s normal for parents to have that dilemma, it shouldn’t be the case for you. With that, allot a few minutes in the morning to get that frisky lovin’.

Morning sex lets you experience pleasure without the risk of your little one knocking on your door, as they’re most likely asleep by this time. Now you might ask, why not just do it in the nighttime since kids are asleep on that time too? Well, since you’ve done a lot of stuff throughout the day, you’re most likely not in the mood for sex, as compared in the morning as you’re all recharged.

Aside from having that sexytime with your partner, morning sex also benefits your overall being. Research shows that doing the deed can lessen your stress, making the daily tasks so much easier to accomplish.

10It’s good for your brain. 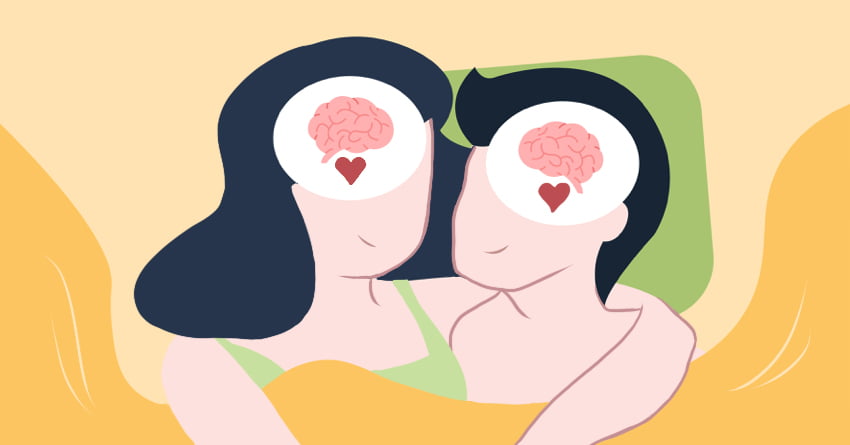 Yes, doing the deed can boost your brainpower. According to several studies, having intercourse can boost cognitive function and improve your memory. So if you’re going to have an important exam later or will be presenting reports in the afternoon, you might want to hit up for some frisky action. 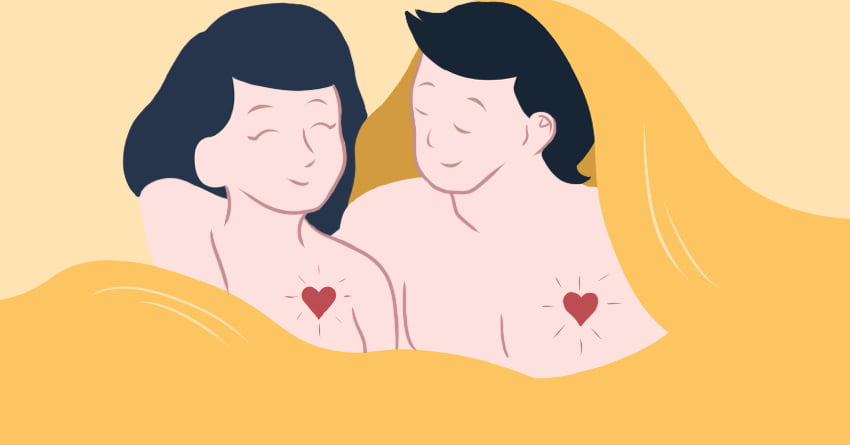 Another reason why morning sex is hella good is because of the benefits that it brings to your physical health. It’s because having sex, whether in the morning or at nighttime, kicks up your IgA levels. IgA is antibodies that are found in various places including the saliva and vagina. Now, these antibodies then protect the parts of our body that are exposed to outside bacteria/substances.

12With morning sex, you’ll get a much better view. 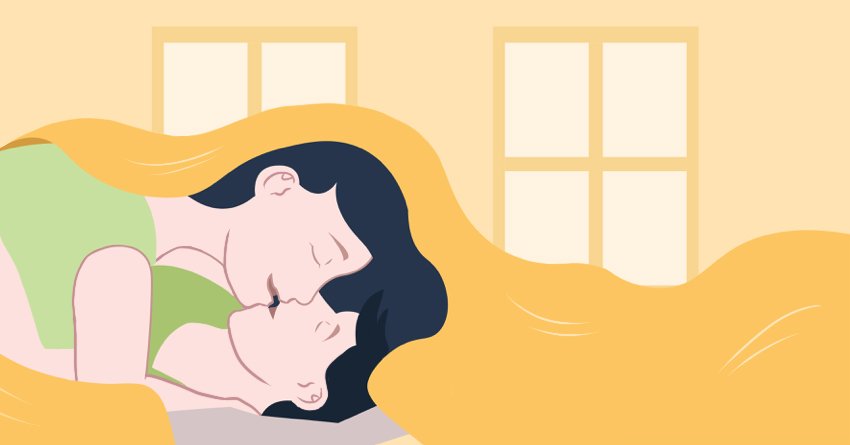 Though we love the sultry shadows that midnight sex can bring, you’ll actually have a better view of everything in the morning. If you’re the lights-on type of person, you’ll especially like this as morning sex brings a warmer natural light compared to artificial ones. Just make sure to open the windows as minimal as possible; you sure don’t want your neighbors watching you do the deed right? (Unless exhibitionism is your thing…)

13It helps you sleep later on. 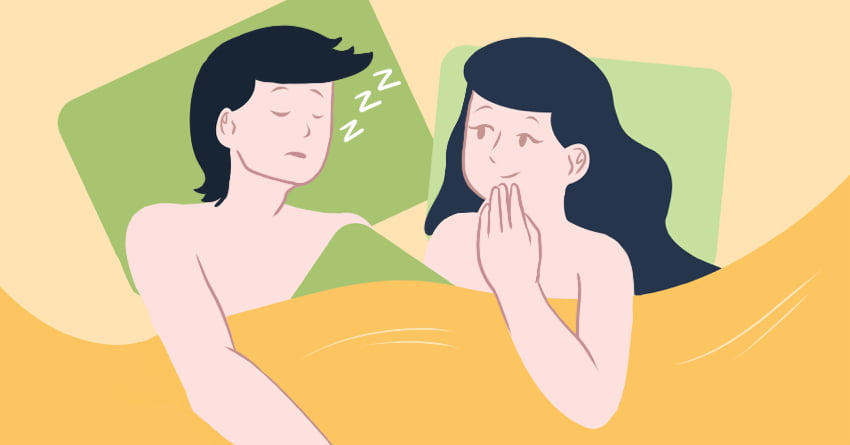 Now, aside from boosting your mood throughout the day, morning sex can also help you catch some Zs. When you’re having sex and orgasming, your brain releases a bunch of hormones (oxytocin, melatonin, endorphins) that helps you have a deeper sleep later on. Morning sex benefits your sleeping habits too by lowering your cortisol, which is dubbed as a stress hormone.

14It often feels so much better! 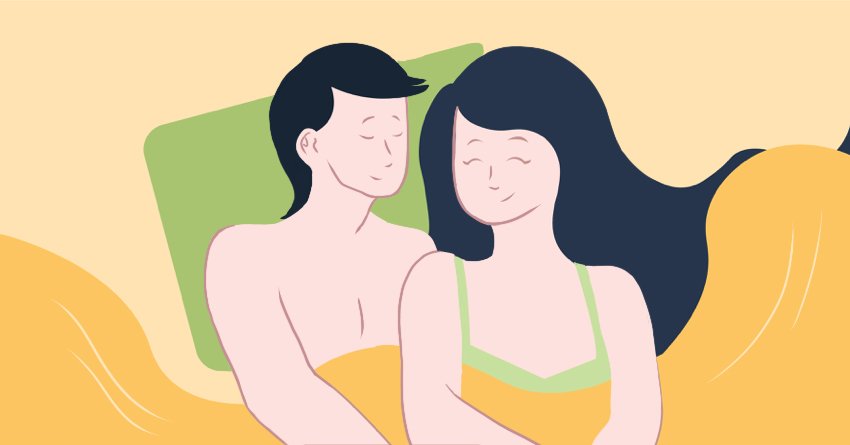 Morning sex benefits your sexual health and overall wellbeing. But benefits aside, doing the deed is simply so much better than doing it at other times of the day. Since your bodies are primed for better orgasms and more sensitive genitals, making love in the morning can feel more pleasurable. Men also have longer erections in the morning, which can guarantee ahhhwesome orgasms for women. 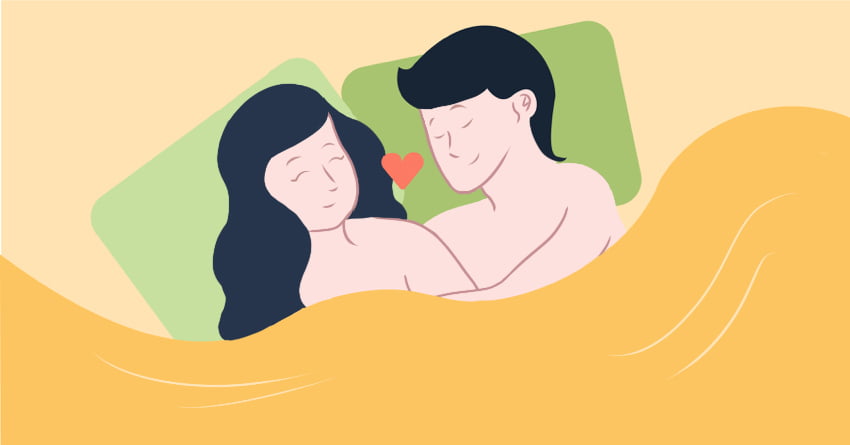 Morning sex is not just good for your health, but for your relationship too. Oxytocin, also known as the cuddle chemical, is released during sex. It makes you feel more in love with your partner and become more connected with them throughout the day.

And as we mentioned on the 5th point, you’re baring it all during the morning deed, making it more intimate on both of you. Besides, anything that adds variety into your relationship is a good thing. So if you haven’t tried doing morning sex yet, give it a shot.

Now, how about the single folks? Well, doing solo play strengthens the relationship with yourself. You’ll be able to figure out the things that you like and simply enjoy fuss-free pleasure. 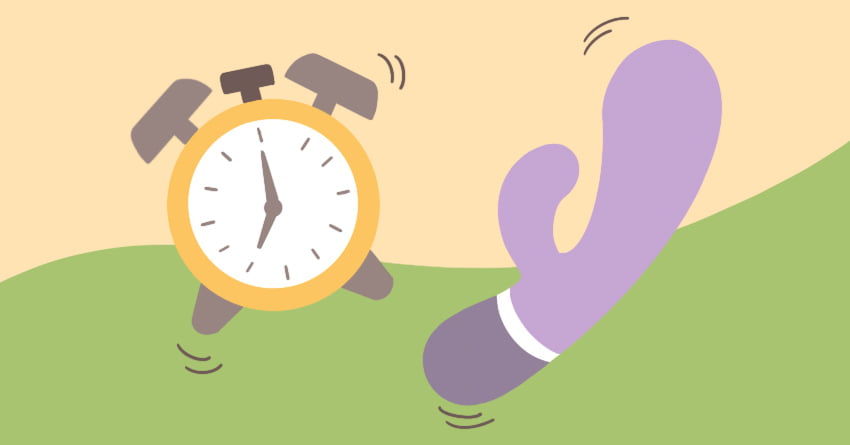 Now that you’ve learned the different morning sex benefits, you’re probably sold to the idea and want to try it. With that, we got you some quick tips on how to successfully have sex in the morning.

We know you hate the sound of your alarm clock telling you how you need to get out of bed. We hate it too. Luckily, there’s a better way to get you up and about in those early hours of the day. Having morning sex is, by all means, a more pleasant way to wake up than having to listen to that noisy alarm clock of yours.

Morning sex can also provide tons of benefits for your sexual wellness and overall health. As long as you’re doing it properly, you’ll surely reap off the great stuff that comes with it. So go ahead and ease out of those inhibitions and start your day with a bang!