Though the classic vibrators get the job done in terms of clitoral stimulation, there’s a special feature on this alluring toy that mimics the way your partner licks and sucks your precious clit. This clit-sucking feature is so goood, that this type of toy got viral– when a woman experienced an “unending orgasm” from using it.

So if you’re someone who likes to get their pussy eaten or someone curious about this adult toy, keep on reading sweetie. We’re going to dive into the world of clit suckers and share with you how this nifty toy can bring toe-curling orgasms. If you’re not familiar with the clitoris or clit, it’s a tiny nub of flesh located on the top part of your vulva. It’s filled with nerve endings, making one of the most sensitive yet pleasurable zones in your body.

It usually comes in battery-operated and rechargeable variants, and is used to stimulate the clitoris, nipples, and anus.

Now, for those people who are still adamant to use this and afraid that the suction effect is harmful, don’t worry! This toy is completely safe and don’t necessarily suck your clit. It’s only made with a specialized combination of air suction and vibration technology which only mimics the suction sensation.

If you prefer clitoral stimulation more than anything else, this clit-sucker toy is a must have in your sex toy stash! It also brings tons of benefits for your sex life, such as the following:

1It makes you feel as if you’re receiving oral sex. Most clit sucking vibrators have minimal buzzing sounds. This will prevent you from getting distracted during your solo or couple play. It also features a minimalist design that doesn’t even look like a sex toy at first glance. So if you’re someone who wants to keep it low-key, you may want to consider getting yourself a clit-sucker. Aside from using it to clitoral stimulation, you can also use this adult toy for nipple play. For starters, get it on the lowest suction level, then place it in your nipple while you play the other nipple with your hand. Continue playing it in your nipples until you’re ready to put the toy clit sucker on your clitoris, or until you orgasm.

5It works well during sex. 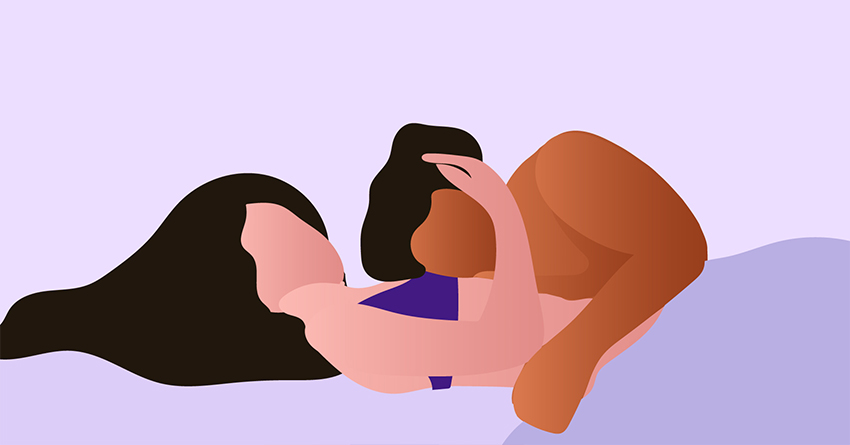 Before using the toy, make sure that it’s all charged up. Read the instructions that come with the packaging. If it’s USB rechargeable, simply put the cord on the toy and plug it in using a wall charger, power bank, or laptop. If it’s battery-operated, insert the required batteries. Aside from charging the toy, you also need to charge up—sexually. Being fully aroused while using this toy can bring more pleasurable sensations for you. You’re also naturally wet down there so you don’t need lube as much as when you’re not that aroused.

Another thing that will help you get into the zone is by removing all the distractions. Make sure the doors are locked and that all your responsibilities are already done so no one’s bugging at the last minute.

3Play it on your other sensitive areas first. Once you’re all turned on, it’s time to play with this lavish toy. With or without lube, place the soft opening on your erogenous zones first, such as the neck, breasts, nipples, inner thighs, and vaginal opening. Don’t put it near your clitoris—let it crave for that throbbing suction. Doing this pre-masturbation action will make you more aroused and wetter than ever.

4Put some lube on! Can’t take it anymore? Is your clit craving for some love? Before you put the toy in your lovely clit, dab some lubricant on the opening of the toy and in your clit. You can also use your natural lube if you don’t have some bottled lube in there. But if your clit’s not that sensitive or that you’ve used this toy already, simply increase the suction level by pushing the designated buttons on the toy. Enjoy the pulsating sensations! Once you reach the orgasmic heights, you can either put it away or use it again after a few minutes.

6Don’t forget to clean it up! Now that you’ve learned how to use a sex toy, you’re already to use this alluring toy. But if you still have questions lingering in your mind, no worries as we’ve answered some of the frequently asked questions about clit sucking vibrators.

1Do I need to be shaved when using a clit sucker?

4Can I still use this sex toy even if my clitoris is mostly covered?

Yes, you can still use this sex toy. You only need flap the clitoral hood to fully access the clit. Now, if you don’t want to flap the covered skin, you can effectively use the clit sucker by putting it in the highest setting.

If you want a sex toy that can suck your nipples or clitoris just as good as any passionate lover can do, a vibrating clit sucker will surely be your best friend. With its ergonomic design, discreet sound, and pulsating suction technology, you’ll surely have blasting time using this toy. Just don’t forget our tips on how to use it and you’ll be good to go. Enjoy!